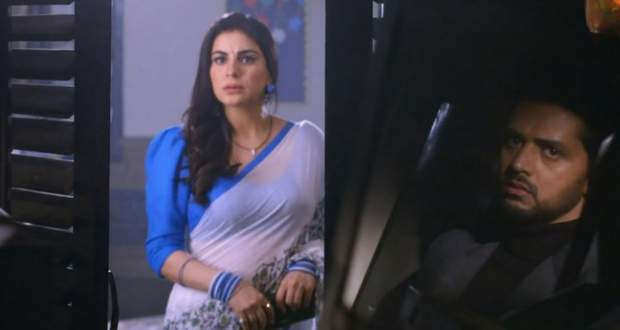 Today's Kundali Bhagya 28th June 2022 episode starts with Kavya taking a selfie with her friends and spots Rishabh and runs to him.

Rishabh tells Preeta that Kavya is a gift to him from God.

Later, Kavya and Preeta go to sit in the car while Rishabh wonders about the person who is following Preeta.

Meanwhile, Karan arrives at the tea stall where he has spent moments with Rishabh and Preeta and remembers old times.

Karan pledges to take revenge on the people who have destroyed his life.

On the other hand, Anjali is at the police station to file a missing report for Arjun Suryavanshi.

Inspector tells Anjali that they cannot file a missing complaint before twenty-four hours.

Anjali tries to convince him but he tells her that Arjun does not sound missing and will soon come back to her.

At the Luthra house, Rakhi is making preparations for Lunch when Shristi comes to her complaining about Sameer while Rakhi takes Sameer’s side.

Just then, Kritika comes home followed by Kavya and tells Rishabh about the incident at the market and how she misses Karan so much.

Rakhi recalls Panditji’s prediction and tells them that ever since Panditji has mentioned Karan all they can think of is Karan.

Preeta also remembers having a similar feeling in the morning and that despite his absence, she can feel him. However, the person who was following her couldn’t be Karan but must be some fraud.

Meanwhile, Karan is at the Luthra mansion when he gets a call from Anjali who expresses her worry about him.

Karan apologises to her and tells her that he is going to the hospital while she tells him that she is coming to him as well.

Karan tells her that she is trying to keep him distracted but it will not work for him and that he will do what he wants and when he wants.

Karan plans to meet Preeta the next day again and find out everything about her.

The next morning, Preeta gets angry after seeing everyone doing breakfast away from the table and asks Rakhi to scold everyone.

Rakhi scolds everyone affectionately while Rishabh and Kavya tell her that they have finished breakfast and are getting late for school.

Later, Rakhi tells Shrishti that Kavya has taken Karan’s place in the house and filled this house with happiness.