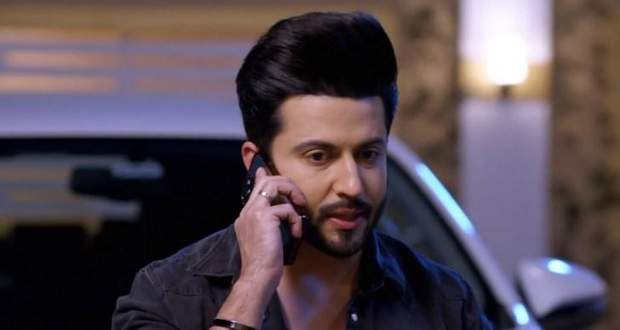 Kritika loses her temper while Karan comes to her room and accuses Prithvi of wrongdoing but she asks him to leave her alone because he feels like a stranger to her.

As Karan is going out, he meets Preeta in the hallway where Preeta thanks her.

However, Karan is not happy and accuses Preeta of being no different than Prithvi.

Preeta is not ready to take the blame and blames Karan for doing things to save the family.

Seeing Karan sad at Kritika's allegations, Preeta tries to comfort him that soon everything will be ok.

However, Karan asks Preeta to keep her advice to herself and use it when she faces the same situation.

Seeing Preeta cry, Karan taunts her and blames her for not wanting him in her life.

Unable to tell Karan her truth, Preeta cries in distress.

Meanwhile, Karan is going out and Sameer follows him to lighten his mood.

Sameer tries to convince him about Preeta and tells him that Preeta is not responsible for Kritika’s behaviour.

After a lot of arguments, Karan admits his mistakes and Sameer advises her to apologise.

Preeta is sad and reliving Karan’s words and all the things that have happened in the past days.

After a while, Preeta decides to tell her truth to the family and wants to live with them happily after apologising to them.

At the police station, another criminal is being locked in Prithvi’s cell who tries to engage Prithvi in talks while Prithvi shuts him down.

The criminal offers him liquor which amazes Prithvi.

Later, Prithvi befriends the criminal who calls himself PM, to use him later.

At the house, Dadi, Rakhi and Kareena are making preparation for Holi.

Preeta is happy to see Rakhi happy and decides to postpone telling her truth till tomorrow.

Preeta wants to share her truth with Karan first but is afraid of his mood.