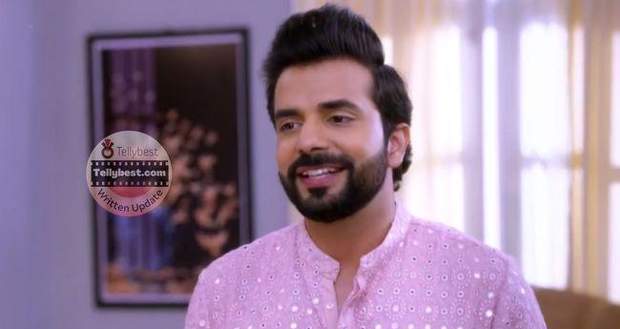 Today's Kundali Bhagya 28th November 2022 episode starts with Anjali telling Rishabh that he has molested her while Rishabh looks shocked.

The police tell Rishabh that he will have to come with them.

Preeta argues with the police and tells them that her husband will not go to jail.

Meanwhile, Rishabh tells the inspector that they cannot arrest him on the basis of a one-sided investigation.

However, Anjali begins to cry and tells everyone that no girl will misunderstand such a vile touch and how can she ever come forward and talk about the false claim of molestation.

In the meantime, Arjun wonders about Anjali and why is she not home yet.

Meanwhile, Rishabh tells Anjali that she is putting allegations against him despite knowing that he is married.

Anjali pretends to be scared and tells the inspector that she is going.

In the meantime, all the Luthra family members attest to Rishabh’s innocence and tell the police that Anjali is the one who is lying.

However, the inspector tells them all that he will have to take action because there has been a complaint lodged against him.

The inspector also tells them that they have been investigating the matter since night and although Rishabh has done a lot of good work but it will not free him of his sin.

Meanwhile, Preeta aggressively tells the inspector that Rishabh has not done anything wrong and if he wants to investigate the matter then do so at home.

She also tells him that Luthra’s reputation will be ruined if they will take him in handcuffs.

Rishabh tells Preeta to not interfere in police matters and that her trust in him is sufficient for him.

Meanwhile, Preeta tells him that she doesn’t have any suspicion about him and that she knows him inside out and trusts him implicitly.

Later, Anjali informs the media about Rishabh’s arrest and thinks of the pain that Arjun has borne due to Rishabh and Preeta.

Anjali decides to take revenge on Rishabh and Preeta on behalf of Arjun.

After a while, Anjali requests the lady police to take her away as she is not feeling well.

In the meantime, Shrishti tells the police that Anjali only looks innocent but in reality, she is the one who is lying.

Later, police arrests Rishabh and bring him outside where they were accosted by the media.

The media spices the news of Rishabh’s arrest while Mahesh and Preeta assure Rishabh that they will get him free.

Later, the media surrounds Preeta and her family and asks them to comment on Rishabh’s guilt.

Preeta tells them that Rishabh is innocent and has done nothing and is being framed.

Meanwhile, Preeta goes away thinking of something while Kareena tells the press that Arjun Suryavanshi is using Anjali to frame Rishabh.

Afterwards, Rishabh asks the police about the charges inflicted upon him when Anjali comes there and once again accuses Rishabh of molesting her and begins to cry.

In the meantime, Rakhi also agrees with Kareena and thinks that Arjun is behind Rishabh’s arrest.

After a while, Preeta comes to Arjun's and tells him Rishabh has been arrested.

Meanwhile, Anjali tells the press that she has come forward today and other women might also confess the truth.

The police put Rishabh behind bars while Rishabh accuses them of taking sides.

Elsewhere, Arjun looks shocked at Rishabh's arrest while Preeta tells him that she will save Rishabh but she will not leave him alone.

© Copyright tellybest.com, 2022, 2023. All Rights Reserved. Unauthorized use and/or duplication of any material from tellybest.com without written permission is strictly prohibited.
Cached Saved on: Monday 28th of November 2022 01:29:53 PMCached Disp on: Tuesday 6th of December 2022 01:37:47 PM