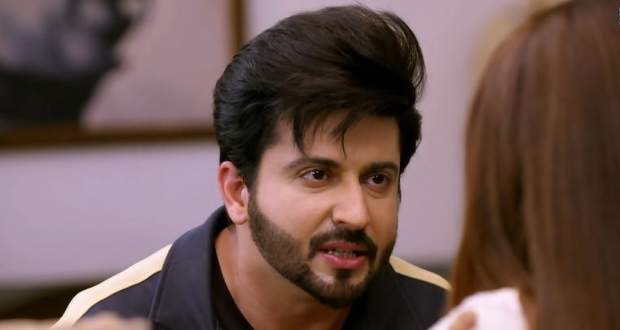 She instructs the investigator that this news about media should not get out or it can backfire.

Sameer overhears Preeta and misunderstands her.

Afterwards, Sameer confronts Preeta and accuses her of framing Karan.

Preeta is shocked at Sameer's allegations.

Biji talks encouragingly to Karan which makes him happy.

On the other hand, Preeta tells Sameer that he is misunderstanding her.

Sameer asks her to explain herself but Preeta refuses to do that despite everyone trying to force her into admission.

Prithvi uses this opportunity to turn everyone against Preeta.

Shrishti reminds Prithvi that he was the one who has sent Rishabh to jail and it was Preeta who has brought him back.

Sameer and Shrishti fight with each other.

Sameer keeps repeating his allegations which makes Shrishti angry and she is about to reveal Preeta’s secret when Preeta stops her telling everyone that she will not give any explanations to them because she is the owner of the house.

Prithvi once again tries to instigate the Luthra family but Rakhi takes Preeta’s side.

Prithvi wants to find out about the private investigator and Preeta’s plan.

In her room, Preeta tells Shrishti to calm down or else Prithvi will notice.

She also tries to convince Shrishti to understand Sameer’s point of view as Karan’s brother.

Later, feeling depressed, Preeta tells Shrishti that for now her main focus is to get Karan out but once he is out they will need to have a serious talk.