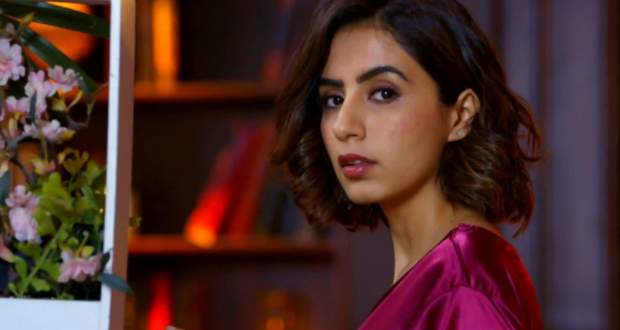 Today's Kundali Bhagya 29 December 2020 episode starts with Mahira and Karan arriving at Luthra's house. Rakhi wants to know Preeta’s whereabouts while Karan says he left her at the hotel.

Karan reveals the whole story and says he got carried away and was with Mahira on the same bed. Preeta arrives at Luthra's house followed by Sherlyn.

She states that she knows it is not Karan’s mistake while Karan asks Preeta to return home. He further says that he needs to marry Mahira.

Preeta points fingers at Mahira and says she spiked Karan’s drink. Mahira tries to defend herself while Sherlyn blames Preeta for everything.

Preeta reveals that Mahira pushed Mahesh on the day of Holi. Mahira acts innocent and wants Karan to accept her.

Karan asks Preeta to leave while it all turns out to be Sherlyn’s dream. She is hoping that Karan and Mahira will come close and get married.

Preeta decides to use the tablet to video call. Meanwhile, Mahira gets close to Karan while the police arrive there and threaten to arrest her.

They blame Mahira for giving drugs to Karan and forcing herself on him. Mahira tries to prove her innocence but is still arrested.

In the police station, Mahira wishes to call one person while nobody picks her call. She calls on Sherlyn’s phone and Preeta picks up.

The inspector talks to Preeta and Preeta is ready to come to the police station.

© Copyright tellybest.com, 2020, 2021. All Rights Reserved. Unauthorized use and/or duplication of any material from tellybest.com without written permission is strictly prohibited.
Cached Saved on: Saturday 23rd of January 2021 11:45:52 AMCached Disp on: Tuesday 26th of January 2021 08:12:48 AM