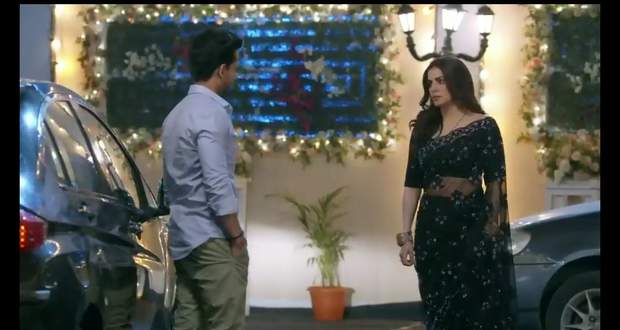 Kareena says that she doesn't believe that Preeta didn't create any scene during Haldi's function but she cannot give the responsibility of marriage to Preeta even now as she still does not trust her.
Preeta is not able to believe that how did pictures of Ruchika and Akshay weren't visible while she was showing pictures.
When Shrishti comes home Sarla's calm attitude, smile, and welcoming nature surprise her.
Shristi gets upset when she finds the windows of her room locked permanently.
Karan is going out for an important business meeting and he assigns the responsibility of marriage till Chura ceremony to Preeta.
Preeta thinks that how can she conduct the ceremony smoothly while she wants to bring the real face of Akshay in front of everyone.
After returning from the Haldi ceremony Akshay spends time with another girl while he talks to Ruchika that they will be together whole life.
Akshay recalls Preeta's slap and statement that she will expose him in front of everyone.
Akshay calls Preeta for meeting at the back of her house while Preeta is reluctant to meet.
Preeta comes outside on call of Akshaywhile Kritika also comes outside.
Kritika tells Preeta that Akshay must have come to drink his favorite shake.