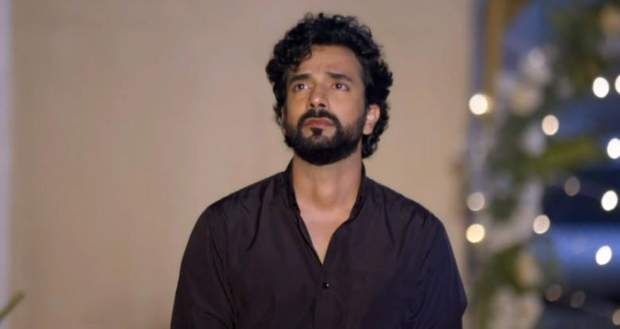 Meanwhile, Rishabh is roaming in the house and taking the feeling of it and crying about the lost relationship.

After a while, they both hear each other crying and come out on the terrace to investigate.

Rishabh tells her that he does not expect anything from life anymore as he has everything now.

She also expresses her sadness at Karan’s behaviour where he was ready to marry Natasha just to spite her.

Rishabh promises Preeta that Karan only loves her and that he will never let Karan go away from Preeta.

Preeta hugs him while crying, just then Karan comes in looking for Rishabh and tells him that Rakhi is calling him.

On being asked about Preeta, Rishabh tries to explain Preeta’s feelings for Karan and that he should make sure not to hurt Preeta in future because he will be answerable to him.

Natasha overhears Rishabh and Karan's conversation and plans to use their love against them.

After a while, Karan comes to Preeta's room where she pretends to be unaffected by him.

Karan thanks Preeta for bringing Rishabh back and tells her that he is still waiting for her answer and will continue with his marriage.

The next morning, Rishabh drags Sherlyn down along with her suitcase while she pleads with him to forgive her.

Sherlyn asks Kareena to help her but she snatches Sherlyn’s Mangal Sutra in disgust and threatens her for having an affair with Prithvi and tells her to go.

Sherlyn asks Preeta to help her in convincing the Luthras to let her stay.

However, Preeta tells her that she is happy that her truth is revealed to everyone because she does not deserve any chance from her family.

After all her avenues are closed, Sherlyn threatens everyone that she will destroy them and will not let them be happy just as they have ruined her life.

Rakhi gets worried to hear Sherlyn’s cursing her family while Preeta and Rishabh tell her not to worry.

Karan and Preeta begin to argue while Rishabh asks them to stop as he is having a headache.

After a while, Natasha thanks God that she doesn't have to leave because of Sherlyn.