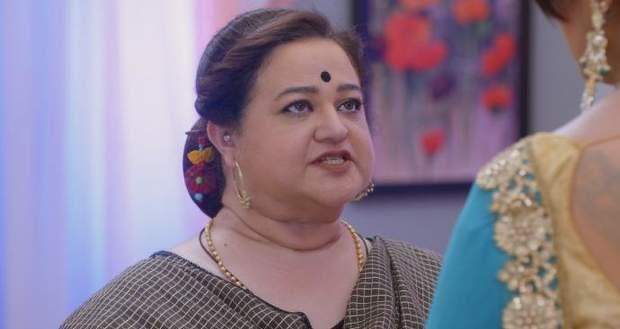 Today's Kundali Bhagya 2 March 2021 episode starts with Prithvi welcoming Srishti by calling her sister-in-law in front of Luthra’s which pricks them.

Meanwhile, Prithvi notices their reactions and covers up this by diverting his talks.

On the other hand, Mahira waits for Karan and tells him that Prithvi had brought his mother to Luthra's house.

Karan thanks her for informing him and goes inside.

Later, Srishti tells Preeta about Prithvi and Sherlyn’s relationship. She adds that she saw both of them hugging in a car.

But Preeta replies in a sobber tone that she is helpless as no one in the house is supporting her to stop this marriage.

Further Srishti tells Preeta that she is going to stop this marriage at any cost.

After a while, Prithvi talks to Mahesh and gets shocked to see him moving.

Kritika while passing by sees Prithvi in Mahesh's room and gets in to check.

Seeing Kritika there Prithvi lies to her saying that he came to take Mahesh’s blessings.

Meanwhile, Kritika notices movement by Mahesh but Prithvi diverts her by saying it is her hallucination.

Sarla hesitates to enter Luthra's house while Janki tells her that Preeta, Sristy may need their help to stop this marriage and goes inside.

Prithvi and Sarla run into each other. Sarla slaps Prithvi for kidnapping Preeta.

Prithvi apologizes to her and says Mahira instigated him.

But Sarla says she won’t forgive him and goes inside.