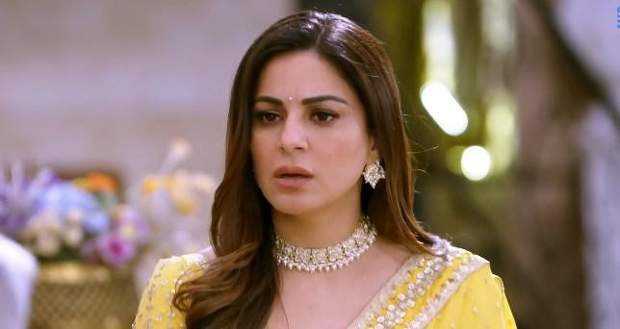 Today's Kundali Bhagya 2nd May 2022 episode starts with the private investigator, investigating the car parking of the stadium to collect evidence for Karan.

Meanwhile, Preeta tells Shrishti to not worry about anything now and only focus on Karan’s release.

Shrishti is very hurt by Luthras behaviour towards Preeta and vents her anger toward Sameer for misunderstanding Preeta.

Preeta tells her to let the matter go as their being together is enough for them.

Hugging Preeta in a comforting embrace, Shrishti take her leave.

Meanwhile, Prithvi comes to Preeta to accuse her of framing Karan.

Preeta turns the table on him and makes him admit that Karan has been framed.

Prithvi tries to find out about the investigator but Preeta berates him for expecting answers from her.

Later, Preeta gets a message from the investigator to meet outside and shows him Sandesh’s (match-fixer) CCTV footage.

Karan feels stupid for believing in Preeta and asks Sameer to get him out of jail.

After a while, Karan is reminiscing about Preeta’s past words and feels agitated.

Just then, Preeta comes in to meet him and explain her side of talking to the media as a business partner.

However, Karan does not believe her. Preeta tries to convince him to not misunderstand her.

Preeta also tells him that she is very close to the culprit and soon she will get him out.

Karan is not ready to believe anything she is saying and tells her that she has become a mystery to him.

Moreover, Karan vents his anger on Preeta and asks her to stop pretending to be caring because now he will never trust her.

He also tells her to not waste time in getting him out as he is not a criminal and no one can keep him there.