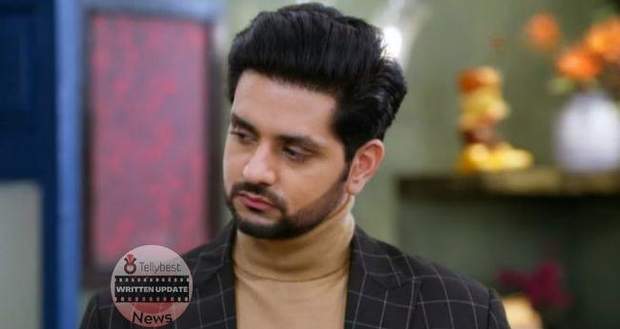 Today's Kundali Bhagya 30th August 2022 episode starts with Prithvi begging Shambhu to give him time to return the money and takes Sherlyn’s oath to make him believe.

As Sherlyn also favours Prithvi’s request, Shambhu gives him a day to arrange the money or be ready to die.

Afterwards, Sherlyn asks Prithvi about getting this much amount in a day.

However, Prithvi is counting on Arjun and has a video recording of him to use to blackmail him.

Meanwhile, Rakhi calls Arjun to invite him for Ganesh Chaturthi but Arjun has to decline seeing Anjali’s mocking face.

Dadi, Kareena and Mahesh also insist on him while Rakhi threatens him with breaking ties which scares Arjun into agreeing.

Later, Rakhi compares Arjun’s behaviour with Karan while others agree with her. However, Preeta feels terrible at the comparison.

Elsewhere, Arjun explains himself to Anjali while she smiles ironically.

On the other hand, Sherlyn is applying balm on Prithvi’s wound while Prithvi tells her that he has a video of Arjun talking to Raja.

In the meantime, Arjun comes to Anjali’s room to ask her to accompany him to the Luthra’s which Anjali accepts after teasing Arjun about Preeta.

Elsewhere, Rishabh appreciates Preeta’s efforts in making his bed while Preeta talks about Rakhi and Mahesh’s cute fight and wishes to have a married life just like them.

Meanwhile, Sameer is having a dream when Shrishti wakes him suspecting him of dreaming about her girlfriend.

However, Sameer proves her wrong and shames her for doubting him before going back to sleep.

The next morning, Prithvi and Sherlyn arrive at Arjun’s house with his friend.

Anjali’s Dadi opens the door and berates Prithvi’s friend for being disrespectful and tells them that Arjun has gone to Luthras to celebrate Ganesh Chaturthi.