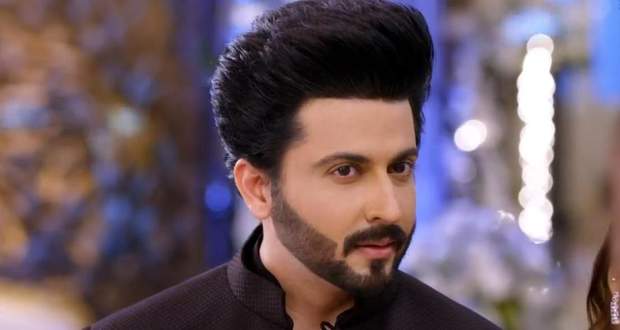 Today's Kundali Bhagya 30th May 2022 episode starts with Rocky threatening Prithvi and telling him that if he fails to give 50 crores to Dubai don then Rishabh will die and all his properties will also go out of his hands.

Prithvi gets angry at Rocky’s suggestion that he will get nothing and in his anger confesses to everything that he has done to send Rishabh to jail.

He forcefully takes away the CD and crashes it into pieces. Afterwards, he tells Preeta she will never return home and stabs her in the stomach many times.

Preeta uses something in her pocket to make a police siren which makes Prithvi leave in a rush.

Just then Sameer and Shrishti come in and find Preeta unconscious. Shrishti finds blood on Preeta’s shirt and begins to wail loudly which wakens Preeta.

Preeta tells them everything including the recording that she has made with a different phone.

Preeta is happy that Prithvi did not recognise her as he left in a hurry and decides to go to Dubai the next morning to bring Rishabh back.

On Preeta's return, Karan asks her what she has been doing.

Preeta tells him to not be upset with her and that she trusts him implicitly which is why his dramas do not affect her.

Karan gets instigated by the word trusts and tells Preeta that he does not see any trust in this relationship and asks her that if she cannot be with him then tell him so that he can move on.

He gives her till morning to decide and give her an answer.

The next morning, Natasha comes home and tells Sherlyn that she was arrested by fake police whereas Sherlyn tells her that it was all Preeta and Shrishti’s doing.

Later, Karan comes after Preeta for his answer who is getting late for the airport and tells him that she will talk with him later.

Natasha tells Karan to threaten Preeta with marriage and it will stop her which he does but Preeta leaves anyway.

In the evening, Shrishti and Sameer are worried about Karan's emotional health and desperately want to stop the marriage.

Meanwhile, Natasha tells Sherlyn that she has spiked Karan’s water and he will not be in his senses to stop the marriage from happening.