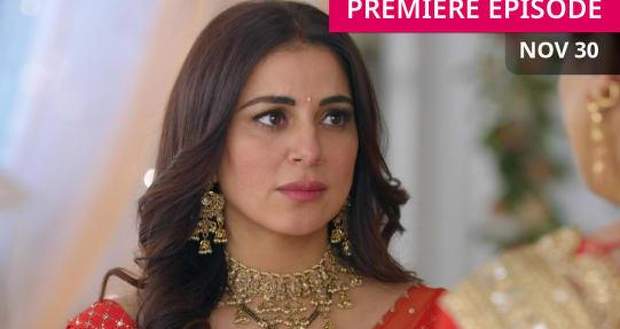 Today's Kundali Bhagya 30 November 2020 episode starts with Sherlyn revealing that they switched off the CCTVs before adding poison. Mahira is happy that Sarla is behind the bars.

Preeta gets furious and slaps Mahira. Meanwhile, Srishti and Janki go to meet Sarla and assure her that they will get her out.

Sarla is upset with Janki for telling Preeta everything as she already has too many problems. Later, Mahira again threatens Preeta and wants her to break the fast.

Preeta states that she is gaining a lot of power from keeping fast and will not break it. Meanwhile, Ramona arrives at Luthra house and acts as if she doesn’t know anything.

She learns everything about the poisonous Laddoos and criticizes Sarla’s actions. She states that Sarla wants Preeta’s kid to be the firstborn of the family.

Srishti wants to go to Luthra house but Sarla stops her. Srishti tells Sarla that the forensic reports suggest that Laddoos had poison.

Preeta tells Sherlyn and Mahira that she has already kept Karva Chauth fast last year and Karan gave her water to drink that time as well.

Rishabh is sure Sarla is innocent and tries to talk to Sherlyn. Sherlyn avoids him while Preeta comes outside and meets Rakhi.

Rakhi is delighted to see her and is proud that Preeta always completes her responsibilities. Rishabh takes Sherlyn in private to talk.

Rishabh confronts Sherlyn about their relationship and also is not happy with Sarla getting accused.