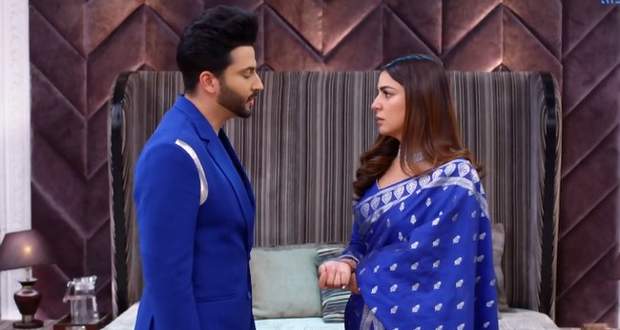 Prithvi is venomous and wants revenge from Preeta for which he plans to kill Preeta in the Lohri party.

Karan says sorry to Preeta but pretends like he has not said it.

Seeing Karan's nonchalance Preeta gets a bit upset and shows her indignation to Karan.

On the other hand, Kareena tries to justify Prithvi's actions.

Prithvi overhears Kareena’s arguments in his favor as well as her mentioning that she will always choose Prithvi over Preeta.

Prithvi goes inside the room and fakes innocence.

Prithvi apologies to Rakhi for calling Mahesh a lunatic before so many people.

At the same time, Kareena argues that she will not be hearing anything against Prithvi.

Prithvi smirks as he has gotten his game plan, that is Divide and Rule.

Further on, the next morning, Preeta wakes up early in the morning and gets surprised to see Karan sleeping in the same room.

Preeta tries to wake up Karan for his game practice while Karan being lazy shows resistance.

When Preeta pulls up Karan, both of them get tangled in a hugging position and share a sweet romantic moment.

Later on, Preeta gets to know that no person has woken up yet, so she asks Girish to cut the electricity while she herself goes to the kitchen to prepare tea and breakfast.