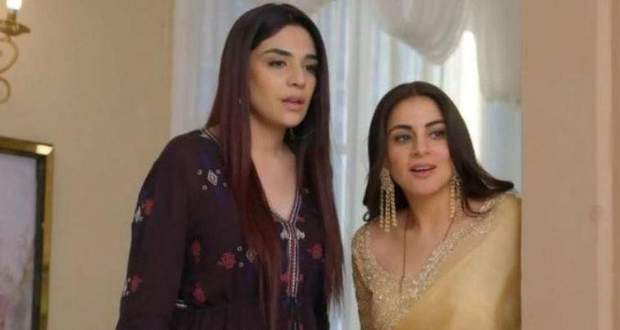 Today's Kundali Bhagya 31 March 2021 episode starts with Shrishti, Preeta, and Sameer planning to make Prithvi drink bhaang so that he reveals the truth and his evil intentions to them.

Srishti makes a strong glass of bhaang for Prithvi and tells Preeta to hand it over to Prithvi.

Preeta gives the glass to Prithvi but Sherlyn comes in middle and tells Prithvi to give it to Kritika as it's their both first Holi.

The initial plan gets flop so Srishti plans a new one.

Meanwhile, Sameer follows Prithvi to check where is he going. Later, Kritika comes in the room and gifts Prithvi his favorite shoes.

Srishti and Preeta make a new glass of bhaang. Preeta offers it to Prithvi. but Aastha interrupts in between.

Aastha tells Preeta that whatever she is doing is not good for a person's body as she is a physiotherapist.

Preeta explains to Aastha that Prithvi is not a good person and they are doing this to know his evil intentions.

Aastha agrees and takes part in the plan. She suggests Preeta to take Prithvi to a room so that he doesn't create any drama in front of the guests.

Aastha shows that she is in favour of Prithvi.