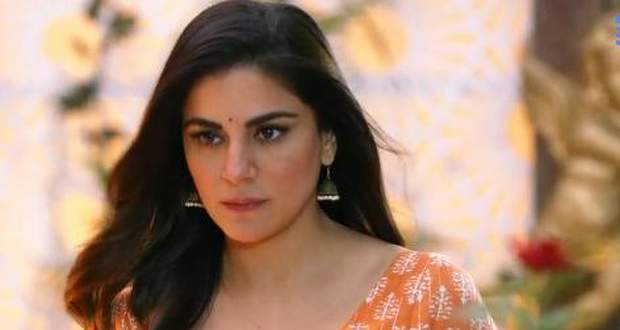 Today's Kundali Bhagya 31st March 2022 episode starts with Prithivi telling Nagre to take his papers out of the Luthra's house.

Nagre tells him that he cannot take the risk as Preeta will recognise him and might get the idea about the papers.

Prithvi tells Nagre to send someone in disguise, especially today when everyone is busy playing Holi.

After listening to Prithvi’s conversation, PM offers his services to Prithvi which Prithvi accepted.

Nagre is sceptical about trusting PM but Prithvi convinces him.

At the Luthra house, Preeta makes a healthy drink for Karan and praises him for focussing on his cricket.

Karan crowds Preeta and teases her, however, Preeta plays innocent and tries to leave the kitchen with an excuse.

Karan calls her back and talks about seeing a sparrow couple together, which looks ominous to him.

Preeta understands his line of questioning and tells him that she will not play Holi with him.

Later, Preeta recalls that she has to tell her truth to Rakhi.

After a while, Sherlyn sees Karan and Preeta leaving the kitchen smiling and gets annoyed.

Meanwhile, Shrishti and Sameer apply colour to each other coyly but soon Shrishti realises that she is daydreaming about it.

Preeta is looking for Rakhi when she comes to her asking about sweets.

Just then, Mithai from the serial Mithai brings Sweets to the Luthra family.

While thinking about spoiling Luthra's Holi, Sherlyn receives a call from someone and goes out.

In the meantime, Kritika is feeling sad when Natasha comes to take her downstairs.

Later Karan comes to Kritika and asks her to play Holi with everyone as it is a festival of happiness.