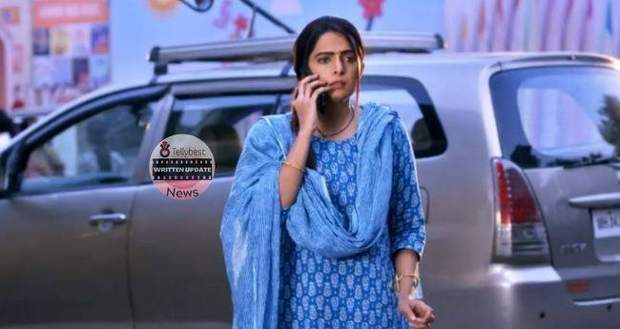 Today's Kundali Bhagya 3rd November 2022 episode starts with Prithvi praising Shabbir for bringing Kavya into their room and telling them to prepare for the guests.

In the meantime, Prithvi feels offended at not being included in the conversation and tells them that he is the most intelligent among them.

Everyone laughs at Prithvi’s words and shows him the guns and bombs.

Just then, Shabbir’s other men join them and banter with Prithvi.

Later, Shabbir sends Raja and Vishnu out on an errand.

Meanwhile, the police are trying to get inside the school when the parents start to question their methods and ask them to let them go inside.

Waghmare sees the agitation among parents and comes back to request them to have patience and let them do their job.

After a while, a teacher requests the terrorist to let them all go.

Prithvi mocks her and tells her to go while Kavya interrupts him and tells him to let everyone go and keep her instead.

After a while, Arjun finds Raja and Vishnu and tells them to come to their side as he needs to save Kavya.

Just then Shrishti recognises the goons and comes to shout at them.

Arjun is surprised to see her but Shrishti tells him to not talk to her. Just then Preeta and Rishabh see Raja and Vishnu and attack them.

However, Arjun and Shrishti pull them back while Raja and Vishnu point gun at Arjun and Rishabh and tells them it is because of Arjun they have to work for Shabbir so that they can take revenge on him.

Preeta scolds Arjun for putting Kavya in trouble while Raja tells her that Kavya is sure to die.

Arjun and Rishabh both get violent and attack them when Shrishti fires a gun and tells the goons to get away.

Later, the police come in and find all four of them together.

Waghmare invites them to join them against the advice of his colleague.

He also tells his fellow policemen there is no one more powerful than a parent.

Afterwards, the police attack the room the terrorist are in and robust firing begins.

Soon police gain the upper hand and get most of the children out while Kavya hangs back with Arjun who hugs her.

Prithvi observes the exchange and decides to take Sherlyn's revenge if he cannot get the money.

© Copyright tellybest.com, 2022, 2023. All Rights Reserved. Unauthorized use and/or duplication of any material from tellybest.com without written permission is strictly prohibited.
Cached Saved on: Monday 21st of November 2022 06:33:41 AMCached Disp on: Thursday 1st of December 2022 03:21:10 AM