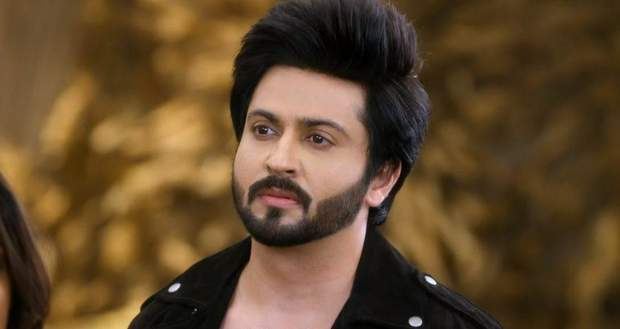 Today's Kundali Bhagya 3th June 2022 episode starts with Prithvi searching for something in the files when Karan comes in and attacks Prithvi.

Prithvi tells Karan not to touch him or else he will regret it.

Meanwhile, Karan calls security and asks them to throw him out while Prithvi threatens Karan with destruction of his family.

At the Luthra house, Rishabh is telling Mahesh and Dadi asks Rishabh to take over the responsibilities of the company as Mahesh is not well.

Just then Preeta comes in while Kareena passes a taunt at Preeta’s past behaviour which Rishabh defends her.

After a while, Natasha gets a call and goes into the kitchen to attend while Preeta goes after her.

On the other hand, Sherlyn comes to Prithvi’s house and reminds him of what Rishabh has done to them.

Prithvi gets angry at Sherlyn for calling Preeta the best and tells her to not take her name in front of him for it boils him from inside.

Afterwards, Sherlyn asks Prithvi to stop the blame game and start acting as a team.

Meanwhile, Roxy calls Natasha and asks her to come immediately while Preeta overhears her conversation and follows her.

At Roxy's house, Natasha scolds Roxy for calling her so urgently and explains her plan to marry Karan by Monday.

Preeta is shocked to hear Natasha’s revelation while Natasha tells Roxy that she has given interviews to several media houses and told them that she will commit suicide if Karan backs out.

Natasha also warns him that nobody should know that she is married to him and both of them will enjoy being rich on account of Karan Luthra.

Just then Preeta makes a noise that alerts them.

Natasha and Roxy come out and Preeta threatens Natasha for trying to trap Karan.

However, Roxy captures Preeta with the help of his friends while Natasha whispers something in Roxy’s ears and leaves.

As Preeta struggles with Roxy and his friends someone's mobile drops on the floor which she uses to call Karan and later to Rishabh and calls him for help.

However, Roxy’s friend hears Preeta talking and they tie her so that they can keep a watch on her.