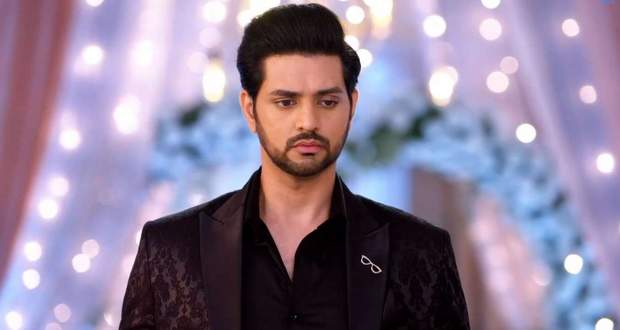 Today's Kundali Bhagya 4th August 2022 episode starts with Arjun flirting with both Daljeet and Bani and calling both of them their girlfriends.

Just then, Anjali arrives there and Arjun moves toward her to greet her.

However, Anjali gets a call while Arjun bumps into Preeta and they both feel their past memories of dancing and meeting at the party together.

Before they can say anything, Rishabh and Anjali come toward their respective partners.

Shrishti announces that now it's time for Preeta and Rishabh's dance to celebrate the five years they have completed together by each others side.

Arjun sees Preeta and Rishabh's dance and leaves from there feeling unhappy.

Elsewhere, Prithvi is giving a snack party to his friend while the friend's wife comes there ad tells him to come home.

However, Prithvi makes her join the party too while telling her that it is his anniversary.

The lady thinks that Prithvi is talking about the marriage anniversary and scolds her husband which causes them to argue together.

Prithvi gets annoyed and leaves from there.

Back at the party, Arjun locks himself in a room and cries unaware that Kavya is in there too.

She asks him why he's crying and tells him how his mother cries all the time too.

Further, Kavya tells him that she knows how to stop someone from crying and tells him to bend downwards.

Arjun bends downwards with his eyes closed and Kavya gives him a peck on the forehead while saying that she likes him.

Meanwhile, Sherlyn meets Prithvi's friend and asks him about Prithvi while they congratulate her on the wedding anniversary.

Sherlyn gets confused and gets angry after realizing that it is Rishabh and Preeta's marriage anniversary.

At the Luthra house, Preeta is in the kitchen drinking water while she gets frightened seeing Arjun.

Arjun keeps getting closer to Preeta while she tells him that she feels suffocated by him.

However, he ignores her words and fixes her bindi telling her that it was not positioned correctly.

Preeta gets the flashback of Karan flirting with her while fixing her bindi and spending romantic time together.

At present, Preeta angrily pushes him away and asks him what he wants while he replies that he wants her.