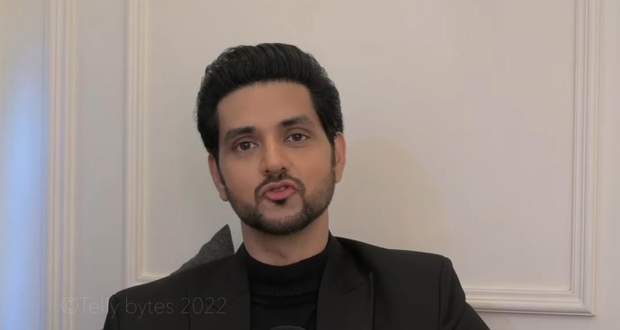 After that Rishabh goes to check on arrangements while Preeta tells Karan that she is his biggest fan.

Meanwhile, Prithvi is admiring the hotel when he gets a call from Sherlyn. Sherlyn gets annoyed at Prithvi’s stubbornness at Luthras and fights with him.

Prithvi disconnects the call and tells Karan’s posters he should have been alive as fighting with him makes his day.

Later, Prithvi collides with Karan and comments on him for behaving like Karan Luthra.

Karan recognises Prithvi and calls him “Dadhi Wala Bakra” which only Karan use to call him which shocks Prithvi.

After a while, she spots Karan and thinks of their past meeting.

Just then Rishabh comes and greets Karan while Karan stares at Preeta.

Rishabh calls Preeta and introduces Karan to him while Karan reminds Preeta of their past meeting.

Rishabh tells him that Karan was his younger brother.

Hearing that, Karan mocks him and tells him that he didn't know that he has blood ties with Karan.

On being asked, Karan tells them that it is fate that is bringing them together again and again.

Rishabh calls Sameer and introduces Karan to him saying he saved Kavya the other day.

Sameer hugs him and thanks to him and then offers to escort him to the seat.

Meanwhile, Prithvi is observing Preeta, Rishabh and Sameer and happily passes comments on them.

Later, Rishabh tells about Karan and his dream to the audience and hopes that Karan’s things go to someone deserving of him.

Karan finds Rishabh’s speech a lie and full of deceit.

Afterwards, the auction starts and Prithvi fights Karan till he reached 2.5 lacs however, Karan’s final bid of 3 crores makes Prithvi astonished along with Rishabh and Preeta.

On being asked, Prithvi tells Karan that he wants to buy Karan’s things so that he can burn them in front of the Luthras.

Karan tells everyone about Prithvi’s intentions which shocks others and Rishabh makes him throw Prithvi out without realising it was Prithvi.

Later, Karan is invited on stage and is handed over Karan’s things to him.

© Copyright tellybest.com, 2022, 2023. All Rights Reserved. Unauthorized use and/or duplication of any material from tellybest.com without written permission is strictly prohibited.
Cached Saved on: Thursday 26th of January 2023 04:36:42 PMCached Disp on: Thursday 9th of February 2023 07:24:52 AM