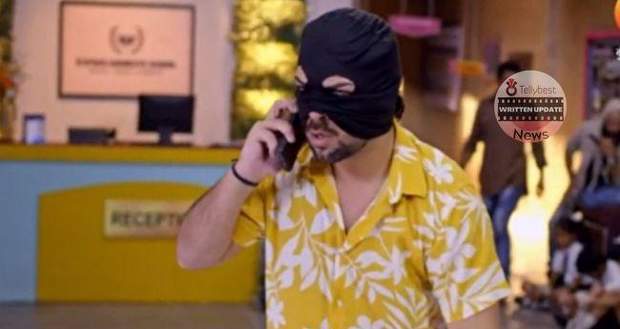 Today's Kundali Bhagya 4th November 2022 episode starts with Rishabh and the police shooting at the terrorist which includes Prithvi as well.

Prithvi and the other terrorists are trapped and Prithvi makes up his mind to teach Rishab a lesson for humiliating him.

Prithvi takes a gun and fires it at Kavya but the police protect them; Arjun leaps at Prithvi and starts punching him and Rishab joins him.

Meanwhile, the rest of the kids are set free and the terrorists also come behind the kids, and police apprehend them.

Meanwhile, Kavya runs behind Prithvi to catch him, and Preeta, Arjun, and Rishab join the pursuit.

Prithvi tells the terrorists to capture Kavya, but Rishab comes there and starts hitting him, and they have a dangerous tussle.

Rishab emerges as the winner, and Arjun attacks the terrorist from behind.

Prithvi comes up behind Arjun to save the terrorist and hits Arjun on the head.

In this chaos, Kavya is lost and everyone starts to look for her.

Meanwhile, Arjun accuses Rishab of being a bad father and husband.

Arjun says Kavya is his daughter, but Rishab shouts at him saying Kavya and Preeta are only his and his alone.

On the other hand, Preeta, Arjun, and Rishab see Kavya being held at knifepoint, who tells them to leave or Kavya would be killed.

The police escort them out so that the terrorist would leave Kavya. Preeta then drags Arjun and blames the entire situation on Arjun and forbids Arjun from ever meeting Kavya after today.

Meanwhile, the terrorist brings out Kavya, and Kavya tells Preeta not to come near her as she is strapped to a time bomb.

© Copyright tellybest.com, 2022, 2023. All Rights Reserved. Unauthorized use and/or duplication of any material from tellybest.com without written permission is strictly prohibited.
Cached Saved on: Monday 21st of November 2022 01:07:33 AMCached Disp on: Monday 5th of December 2022 12:04:03 AM