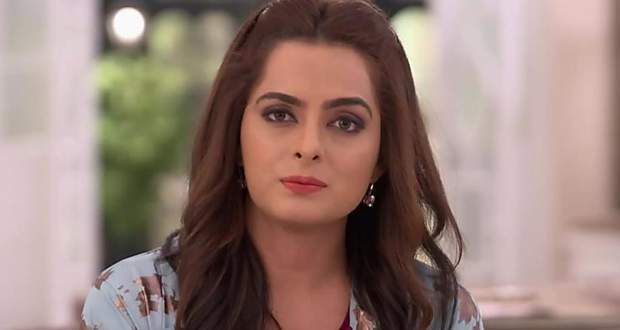 Today's Kundali Bhagya 5 April 2021 episode starts with Prithvi lying on the bed while Srishti and Preeta enter the room.

Later, Sameer comes and tries to wake up Prithvi. Srishti suggests to Preeta that she should talk to Prithvi and try extracting the truth from him.

Preeta talks to Prithvi politely and he responds to Preeta's voice in an intoxicated condition.

Preeta asks Prithvi whether why is he marrying Kritika is there any other intention to take revenge Prithvi responds to her questions by giving half-answered words like Mahe, Chote, and baby.

Sherlyn gets worried as she sees everything from the window and gets scared that Prithvi can expose their secret anytime.

Meanwhile, Karan comes to call Preeta, Srishti, and Sameer as Mahesh wants to dance with everyone.

Further, Mahira tries an attempt to kill Mahesh again but accidentally the injection falls off her hand and gets damaged.

After some time again Srishti, Preeta, and Karan try to extract the truth from Prithvi. Srishti records Prithvi's video so that later they can join the words and find some conclusion.

Sherlyn goes to the storeroom and takes a kerosene tank in her hand and says that Luthra's cannot win again they shall all die. She gets angry recalling the past how did she pushed Mahesh off the stairs and her true intentions behind marrying Rishabh.