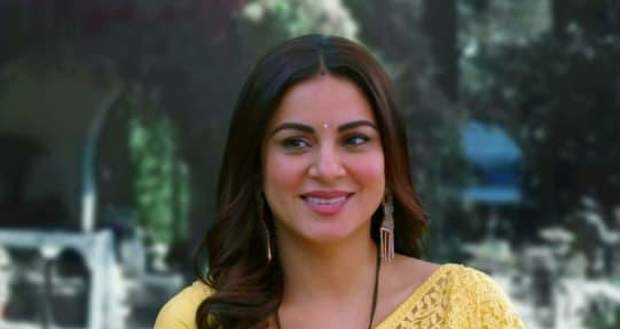 Today's Kundali Bhagya 5 January 2021 episode starts with Sarla praising Preeta and praying for her. Srishti wants a little attention as well while Sarla goes to get something for her.

Janki asks Srishti if she should talk about her and Sameer’s relation. Srishti avoids the topic and leaves while Janki is sure something is going on.

Kritika’s friends want a bachelorette party while Preeta offers to organize it for her. Karan comes there and asks Preeta to spend as much money as Kritika wishes to for her shopping.

Karan also jokes with Preeta about her makeup while Kritika asks Karan to not trouble her sister-in-law.

Kareena is also excited about her daughter’s wedding and asks Preeta to spend money without looking at price tags.

Kritika and Preeta further share their previous stories when they became friends. Mahira witnesses their bonding and goes into her room.

Meanwhile, Srishti meets Akshay and gets surprised to learn that he is getting married next week to Kritika. She learns that Akshay is going with her mother for shopping.

Karan follows her and confronts her about coming to Manali. Kareena comes there to support Mahira while Karan wants her to leave.

Kareena states that she will leave after Kritika’s wedding. Elsewhere, Kritika reaches the mall and asks Akshay to come to the mall.

Akshay refuses to come as he is about to go for a meeting. Meanwhile, Srishti calls Kritika and learns Akshay lied to her about a meeting.

Srishti thinks Akshay is going to surprise her and Akshay reaches the same mall. Kritika asks Srishti to come to the mall to help her.

Mahira is worried about Preeta being everyone’s favorite while Sherlyn asks her to wait for the right moment.

© Copyright tellybest.com, 2020, 2021. All Rights Reserved. Unauthorized use and/or duplication of any material from tellybest.com without written permission is strictly prohibited.
Cached Saved on: Tuesday 2nd of March 2021 08:51:55 AMCached Disp on: Sunday 7th of March 2021 04:23:39 AM