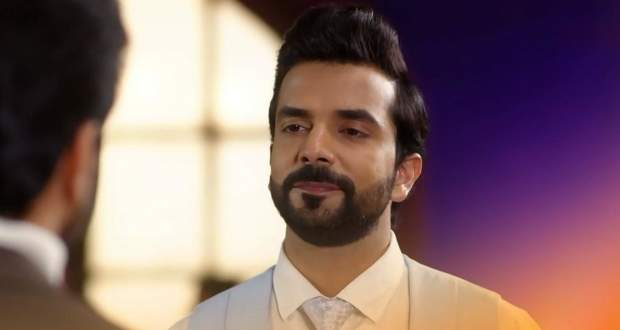 Today's Kundali Bhagya 5th July 2022 episode starts with Rishabh handing over the bat to Karan who tells him that he is the most deserving of the bat.

On being asked, Karan tells them that he has not bided on the bat but on the cricket and Karan is one of his 12th most favourite players.

After a while, Karan invites them to his exclusive party where he will exhibit his collections of various cricketers.

Preeta tries to bow out of the invitation but Karan insists and reminds her of him saving Kavya.

Afterwards, Preeta talks to Karan about the fear of the unknown that is growing stronger every day and wishes for him to be with her.

On the other hand, Prithvi arrives at his house drunk while Sherlyn attacks her for wasting money on the bat.

Prithvi captures Sherlyn and tries to stop her from attacking him and later apologises to her.

Afterwards, Sherlyn asks Prithvi about the auction while Prithvi recalls being thrown out.

Elsewhere, everyone is overjoyed to hear the bidding amount while Rishabh tells his family about the incident with Kavya and how Arjun/Karan saved her and that he is the same person who has bought Karan’s things.

Rakhi tells Rishabh that he seems like a good fellow while Preeta tells her that he called them undeserving of Kavya.

Dadi suggests that they should all go as Karan has saved Kavya and honoured Karan.

Meanwhile, Anjali is worrying about the auction when Karan comes in with the bat and tells Anjali that now he has kits of twelve world's best players and that he is throwing a party the next day to exhibit them.

Karan also tells her that he has invited everyone from his family to the party and tomorrow he will recreate the scene of the fateful night five years back and will take revenge on Preeta.

Shrishti comes to Preeta’s room where Preeta tells her that she is going mad feeling Karan around her all the time.

Elsewhere, Karan tells Preeta that very soon she will meet her match who is equally ruthless and evil as her. He also tells her that he will never let her forget him.

Preeta also tells Shrishti that she does not have good vibes about Karan and she does not wish to go to the party.

© Copyright tellybest.com, 2022, 2023. All Rights Reserved. Unauthorized use and/or duplication of any material from tellybest.com without written permission is strictly prohibited.
Cached Saved on: Wednesday 25th of January 2023 01:08:24 PMCached Disp on: Thursday 9th of February 2023 07:42:55 AM