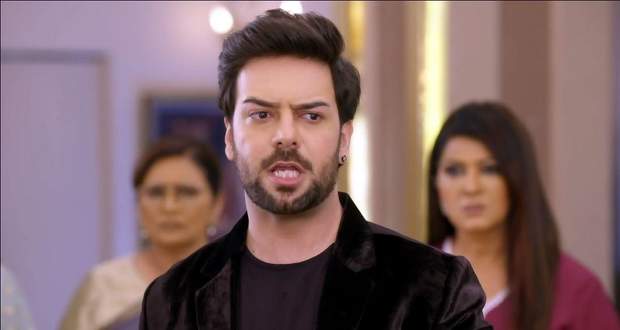 Today's Kundali Bhagya 5th May 2022 episode starts with Preeta going to the police station and asking to meet Karan.

The officer refuses her the opportunity and Preeta accidentally meets their lawyer.

Preeta reveals to their lawyer that the mastermind behind all the commotion is Prithvi.

Here, Srishti begins to scope Sameer for hitting Prithvi and revealing to everyone all the things that Prithvi has done.

Sameer defends himself by stating that they will formulate a plan to prevent Prithvi from creating any more havoc and bringing justice to Karan.

Exasperated by hearing such absurdity, Srishti tells Sameer that now Prithvi will become alert of his actions and do everything in his power to destroy the evidence.

Just then, Janaki tells them that Preeta has returned from the police station.

Preeta informs everyone that they must find a way to save Karan within two days.

Continuing, Preeta tells them that Maddy informed her that the police will arrest Sandesh very soon.

Preeta and Srishti decide to lure Sandesh in by providing a high sum of money.

Srishti decides to make a fake website and forge Sameer as the owner of a big restaurant chain to make their plan foolproof.

The following day, Sameer and Preeta go to the decided London Bridge hotel and Srishti keeps a watch on Sandesh.

Srishti informs Sandesh's whereabouts to Preeta as she and Sameer prepare the hostel room as a trap for Sandesh.

Later, Sandesh reaches the hotel and is sceptical of going into the room and smells the odour of a conspiracy.

Brushing his thoughts aside, Sandesh's greed takes the best of him and he decides to take the risk.