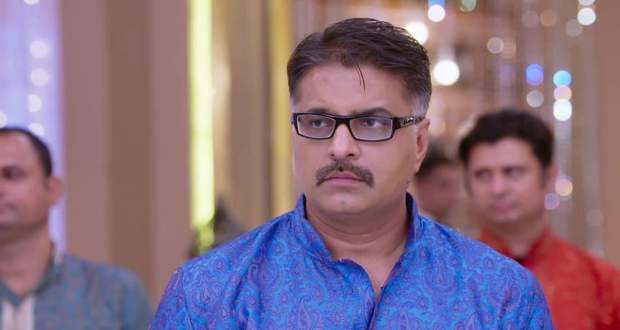 Mahesh recalls the past to Pawan and says that now he will reveal the entire truth to the Luthra family about Sherlyn's and Prithvi's evil intentions.

Mahira rushes to Sherlyn and tells her that Pawan is in the house. This makes Sherlyn worried as if the secret about Pawan gets revealed there will be havoc.

Sherlyn tells Mahira that if Pawan fails to kill Mahesh she will burn the entire house and kill the Luthra family.

Further, Prithvi wakes up and learns that Preeta, Karan, and Srishti were trying to extract the truth from him and Sherlyn brought him back to his consciousness.

Meanwhile, Pawan tries to kill Mahesh but his attempt fails and he hides.

Later, everyone comes and Mahesh says that he wants to tell them who tried to kill him in 2010 while he speaks he gets restless and his breath starts getting heavy.

Prithvi comes outside and gets shocked seeing Mahesh.

Sherlyn gestures to Prithvi and shows him that Pawan is hiding behind the wall.