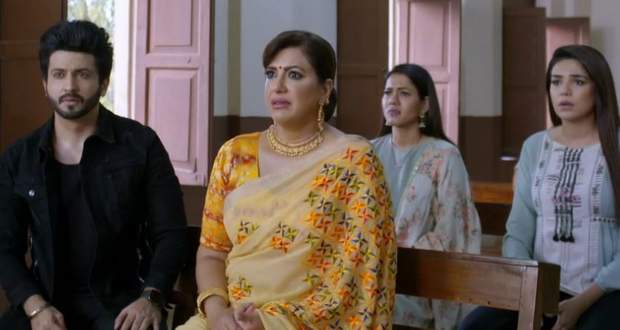 Today's Kundali Bhagya 6 May 2021 episode starts with Abhi's lawyer bringing in the evidence but gets tensed to see their witnesses Ruchika and Megha are absent.

Srishti and Sameer try to find them but their efforts go in vain while Karan asks for some time from the judge to find them.

Mayor's manages to reach Preeta and secretly taunts her while Prithvi longs to be with Preeta and talks to himself.

Shirlyn and Mahira reach Prithvi and he hides his feelings.

Meanwhile, Karan calms Sarla and promises her they Preeta will return home.

After hearing, Siddharth reveals that a new judge will hear their case.

The lawyer claims that Preeta wanted Akshay to get married to her sister, Srishti which shocks the Luthra family.

Srishti and Kritika shout from their seats but Judge calms them.

Karen tells the lawyer to do something but the lawyer tells him that they will need Ruchika to prove Preeta's innocence.

Upcoming Kundali Bhagya episode update: Preeta and Karan to get emotional hug each other.