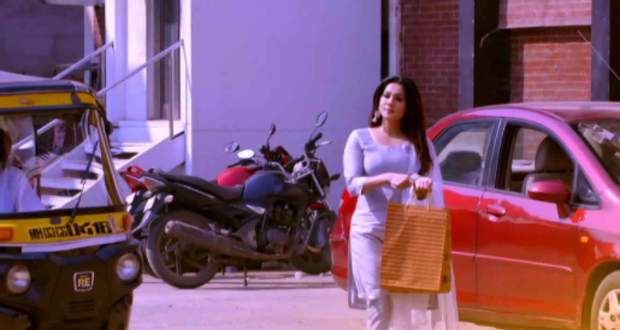 Today's Kundali Bhagya 7 January 2021 episode starts with Preeta asking Kritika how she met Akshay. Kritika reveals that Akshay was called Ranbir Kapoor and that she was his first GF.

Preeta wants to know if Akshay had some other friend while Kritika says he didn’t use to talk to any other girl.

Kritika shares that when he was in Dubai there was a fallout between them but it was because of his business problems.

Kritika says that she bumped into him in front of the library while he later gave roses to her. Preeta feels Kritika is innocent.

Mahira and Sherlyn brew a plan to spoil Preeta’s image by using Akshay. Meanwhile, Preeta falls down and Karan catches her.

Kareena witnesses the scene and rebukes Preeta. She wants to know if Preeta is concentrating on handling the marriage preparations well.

Preeta assures her that she will take care of everything. Later, Preeta shares her doubts about Akshay with Srishti and Sarla.

She reveals her love for Kritika as a sister while Srishti gets jealous. Preeta tries to console her and says she is most important in her life.

Srishti wishes to find out the truth about Akshay to protect Kritika. Meanwhile, Akshay meets Ruchika and gives her some gifts.

Ruchika sees Kritika and hides inside the car. Kritika comes and sits in the car while Akshay gets worried.

Kritika asks about his worried state and wants him to drop her home. Elsewhere, Sarla asks Preeta to find out the complete truth about Akshay before telling anything to anyone.

© Copyright tellybest.com, 2020, 2021. All Rights Reserved. Unauthorized use and/or duplication of any material from tellybest.com without written permission is strictly prohibited.
Cached Saved on: Tuesday 8th of June 2021 02:26:27 AMCached Disp on: Wednesday 16th of June 2021 05:51:37 AM