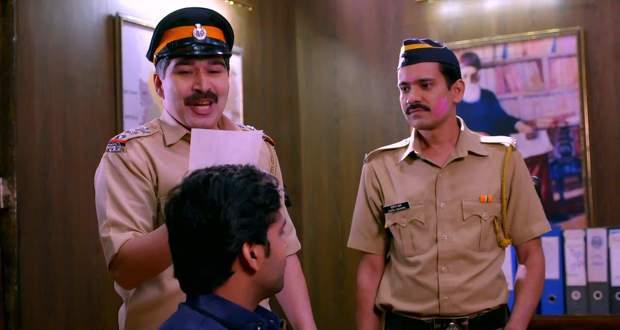 Today's Kundali Bhagya 8 April 2021 episode starts with Preeta and Kritika going with the hotel housekeeper towards the CCTV room.

The housekeeper doubts Kritika and Preeta as they ask about the CCTV room he tries to astray them and take them both to the management.

Meanwhile, Prithvi is disguised as a woman and goes to the CCTV room he tries to bribe the security guard but fails.

The security guard presses the alert button and everyone becomes cautious and runs towards the CCTV room.

Prithvi deletes the previous three day's CCTV footage and escapes quickly. Later, Preeta comes as she astray the security guard and learns that the footage is already deleted.

Further, while escaping accidentally Kritika and Sherlyn see each other but are doubtful whether they saw the right person itself.

A witness comes to ACP Vijay and tells him that he saw two people coming on the day of Akshay's murder to meet him.

He gives him two photos to recognize whether whom he saw. The witness chooses a photo and ACP Vijay says that he too doubted the same person.

Later, Kritika and Preeta go home to confirm whether Sherlyn was at home or not. But, they see Sherlyn in her room