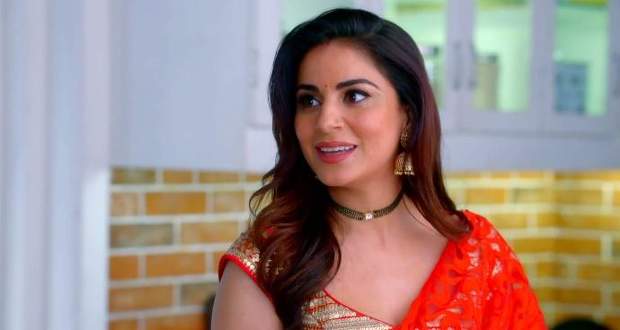 Today's Kundali Bhagya 7 December 2020 episode starts with Preeta spending time with her mother and sister. Sarla prays to God to not to separate her from her daughters by sending her to jail.

The next morning, Rakhi wakes up Karan and questions him about Preesha. He tells her that he dropped Preeta to her mother’s house last night.

Janki doesn’t find Preeta and Srishti in their room. She gets emotional on finding both of them sleeping with Sarla.

Janki decides to eat the poisonous Ladoos those made trouble for Sarla. Preesha realizes that those are not the same Ladoos which she ate at the time of Sargi.

Sarla tells that Ramona might have exchanged the Ladoos and trapped her in the fake case.

Preeta decides to search for the poisonous Ladoos in the Luthra house. Further, Preeta enters Mahira’s room and looks for Ladoos in the absence of Mahira.

She finds the Ladoos below the bed, while Mahira assumes her to be Sherlyn and asks for the towel.

Preeta applies black colour on the towel and hands it over to Mahira.