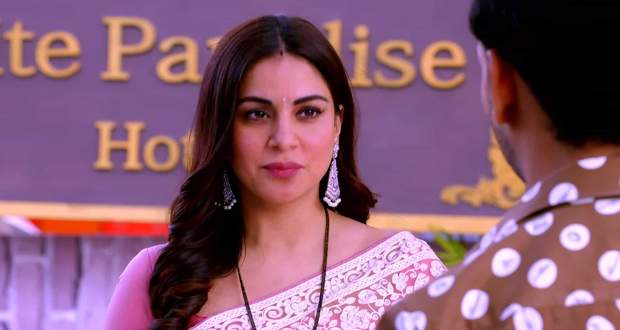 Today's Kundali Bhagya 8 January 2021 episode starts with Kritika getting out of the car. She sees a red cloth hanging from the back door and questions Akshay.

Akshay distracts her and sends her inside the house. Akshay puts the cloth inside and takes the car away.

Rakhi asks Preeta to invite her family for the function the next day. Preeta wonders about Kritika but doesn’t tell anything to Rakhi.

Rakhi tells Preeta about some rituals and they share a laugh. Karan comes there and asks Preeta if he will come to their room.

He wishes to get ahead massage while Kritika teases him. Later, the function starts while Sherlyn and Ramona get into an argument.

Sherlyn rebukes Mahira for her mother’s attitude while Mahira threatens to expose her secret. Sanjana asks Sherlyn to behave and not entice Mahira.

Preeta asks Kritika about her reaction if she tells her not to marry Akshay. Preeta indirectly tells her that Akshay might not be the right guy for her.

Preeta asks Kritika to share any problem regarding the marriage with her. Karan and Preeta further share a romantic moment.