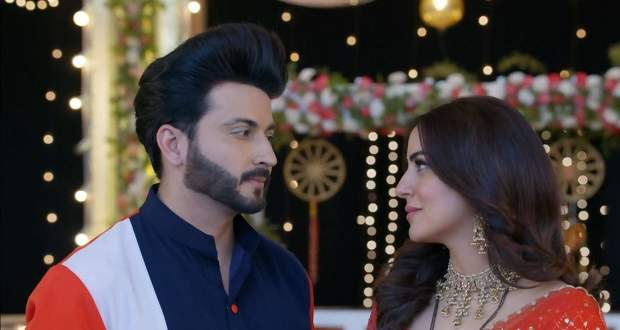 Today's Kundali Bhagya 9 April 2021 episode starts with Sherlyn telling Kritika that Prithvi is looking for her.

Meanwhile, Prithvi says that he thinks that the killer will be revealed soon because ACP suspects him as the killer.

Kritika apologises to him for being absent while he wonders how she met him as he was at the hotel.

He talks about it to Kritika while she questions Prithvi about the dress.

He lies that he got it for her but thought to threw it away as he does not know her choice.

Kritika compliments the dress and says that she has the best husband ever.

Preeta wonders who deleted the footage while Karan says that he did it but changes the topic later on.

Preeta is about to leave while Karan stops her and romances with her after which they both hug.

Meanwhile, Rakhi asks Kritika about Preeta while Kritika responds that she might in her room.

Sherlyn questions Kritika about where she was and she replies that she was playing with Preeta in the backyard.

Suddenly, ACP and his police force come there and ask about Karan and Preeta.

Mahira sees Karan and Preeta hugging and breaks the vase.

She informs them that ACP is asking for them and they go downstairs while she and Preeta argue.

Karan asks ACP why there are there while he asks everyone where they were between 6 and 7:30.

Kritika says that she was in the car which makes him suspicious of her.

© Copyright tellybest.com, 2020, 2021. All Rights Reserved. Unauthorized use and/or duplication of any material from tellybest.com without written permission is strictly prohibited.
Cached Saved on: Monday 29th of November 2021 03:51:10 PMCached Disp on: Wednesday 1st of December 2021 02:27:23 PM