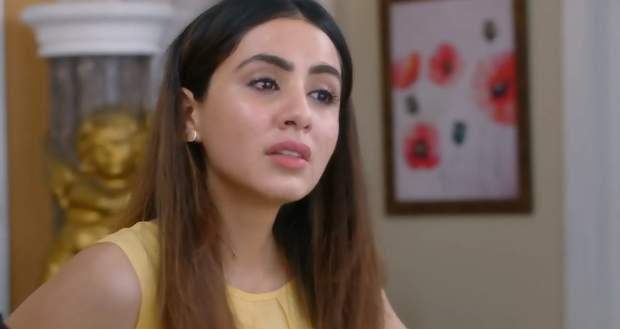 Today's Kundali Bhagya 9 March 2021 episode starts with a conversation between Prithvi and his Wife. He says to her not to worry about anything he has hidden the evidence safely and no one will be able to find it.

Meanwhile, Srishti and Sameer enter Prithvi’s house and start hunting for the evidence which Prithvi has hidden.

While searching for the evidence both get stuck as the security guard comes inside the house.

At Kritika’s ceremony, Mahira brings together Karan and Preeta so that they spent more time together which is a part of her evil plan.

But, Preeta thinks Mahira must be planning something evil to let her down to which Karan replies that Mahira has changed and she is innocent.

Later, Kareena sees that guests are not properly served. Mahira comes to her and tries to fill her ears by saying bad things about Preeta and her behavior towards the guests.

Mahira creates trouble for Preeta as she knows Kareena doesn’t like Preeta.

Kareena scolds Preeta but Suresh, Rakhi and Pammi try to defend Preeta by saying that Preeta wanted to have a group dance performance of all to make the ceremony memorable.

Kareena then calms down but tells Preeta to look after the ceremony properly.

© Copyright tellybest.com, 2020, 2021. All Rights Reserved. Unauthorized use and/or duplication of any material from tellybest.com without written permission is strictly prohibited.
Cached Saved on: Sunday 25th of July 2021 02:49:53 PM