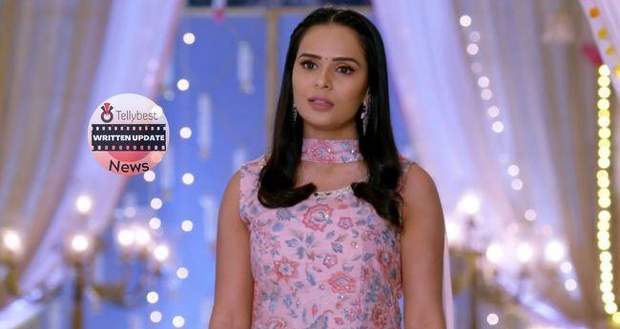 Today's Kundali Bhagya 9th September 2022 episode starts with Arjun crying in pain when all the Luthras come to him looking concerned.

Arjun tells them that Preeta has stomped on his foot.

However, Preeta mocks him saying why he comes to dance when he does not know how to dance.

Arjun tells her that he knows perfectly well how to dance and it is her who does stomp on his foot.

Shrishti jumps in to favour Preeta saying that Preeta can never stomp his foot.

They would have argued for ages but Rakhi comes in between and quietens them.

Rakhi suggests Preeta and Arjun have a face-off between girls vs boys and it will be clear who is a better dancer.

Both the girl's team and boys' team dances beautifully matching step by step.

During the dance, Prithvi joins in as pandit and goes dancing with Kritika.

Sherlyn sees this dance and drags Prithvi to the room and scolds him for dancing with Kritika.

Prithvi tells Sherlyn that Kritika and Preeta do not matter to him and he is only here to get money from Arjun.

Just then they hear someone coming and Sherlyn got a place to hide but Prithvi is left in the open.

Just then Kritika comes in and shames Prithvi for coming here and threatens to tell Luthras about his presence.

Prithvi uses his charm to stop her from leaving and tells her that he has come here to meet her as he loves her.

However, Sherlyn attacks Kritika from behind and renders her unconscious.

Prithvi praises Sherlyn and asks her to go leave the house so that no one sees her and he will handle matters here.

Meanwhile, Arjun spots Mahesh talking to women and goes to tell Rakhi but Kavya beats him to it and tells Rakhi that Mahesh is watching some other women.

Preeta chides Kavya for complaining about Mahesh but Arjun stops her.

However, Kavya tells her that she gets a thrill seeing Rakhi scold Mahesh.

Arjun is surprised to see similarities between him and Kavya while Preeta takes him away.

Preeta comes to apologise to Mahesh but Arjun instigates Rakhi again which makes Mahesh tell Arjun that he is behaving like Karan.

Later, Arjun thinks about Kavya and his similarities when Kavya asks him to play hide and seek with her but Arjun goes to search for her birth certificate again.

Just then Preeta comes into her room and tries to tie the blouse rope.

Seeing Preeta struggle, Arjun comes to tie her rope but Preeta slaps him which brings Arjun out of his thoughts.