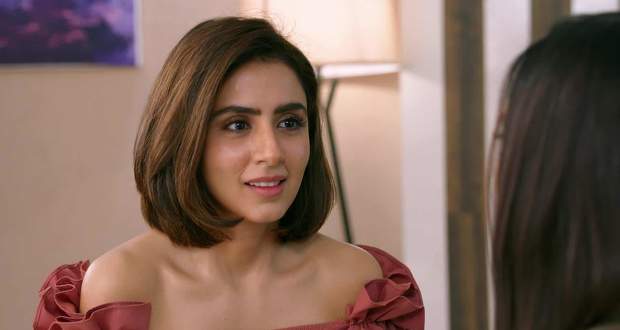 Today's Kundali Bhagya 10 Nov episode starts with Ramona telling Mahira about Gayatri. She reveals that Gayatri was her father’s ex-wife and she snatched her husband from her.

She reveals that she fell in love with him and separated the two by lying to him. She asks Mahira to do the same and snatch Karan from Preeta.

She also wants Dadi to treat Preeta nicely and not to give much importance to Mahira. Elsewhere, Preeta remembers she has kept fast for Karan earlier as well.

She gets a call from Sarla who wants her to keep Karva Chauth fast. Preeta is ready to keep the fast but mocks Karan when he enters the room.

She tells Sarla that Karan didn’t ask about her injury while Karan also talks to Sarla and says he got irritated with Preeta.

Sarla takes Karan’s side and Preeta disconnects the call. Karan and Preeta start fighting over whose side Sarla and other family members are.

Karan again asks Preeta how she was injured while Preeta lies. She also lies that she doesn’t care if Mahira comes closer to him.

Karan demonstrates and wants to know if she doesn’t care if Mahira comes closer to him. He hugs her and Preeta also hugs him back.

Karan again asks while Preeta again lies that she doesn’t care and leaves to give medicines to Rakhi.

Upcoming Kundali Bhagya episode update: Karan again asks while Preeta again lies that she doesn’t care and leaves to give medicines to Rakhi.

© Copyright tellybest.com, 2018, 2019, 2020. All Rights Reserved. Unauthorized use and/or duplication of this material without written permission from tellybest.com is strictly prohibited.
Cached Saved on: Tuesday 24th of November 2020 12:32:52 AM