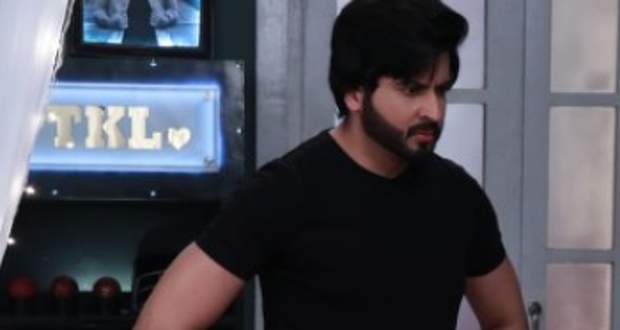 Kundali Bhagya Written Update 11th September 2020: Karan to not go in his room

Today's Kundali Bhagya 11 Sep episode starts with Preeta receiving a call from Sarla. She assures her that she is fine while Sarla is upset that she wasn’t able to say goodbye to Preeta properly.

Sarla wants her to keep the family together in any situation. Preeta is worried about Karan’s behavior while Sarla says he just has a misunderstanding.

Preeta continues to complain against Karan while Sarla thinks Karan is still the right guy for her. She is happy that Preeta got respect in the Luthra family and asks her to spend her special night.

Srishti is sure Sarla is talking about the wedding night with Preeta. Elsewhere, Sherlyn assures Mahira that Karan will never get close to Preeta as he hates her.

Sarla wants Preeta to understand Karan’s likes and dislikes and clear the differences between them. Preeta promises to not let her down and Sarla is proud of her.

Dadi comes there and asks Rishabh to not force Karan. Later, Srishti decides to talk to Sameer and get information. She learns that Karan might sleep in the guest room and earlier he wanted to sleep in Rishabh’s room.

Srishti wants Karan and Preeta to stay alone and wants to set a wedding night for them. She asks Sameer to send Karan to his bedroom and reveals her plan. She asks him to tell Karan that Preeta doesn’t like him and that Karan is scared of her.

© Copyright tellybest.com, 2018, 2019, 2020. All Rights Reserved. Unauthorized use and/or duplication of this material without written permission from tellybest.com is strictly prohibited.
Cached Saved on: Wednesday 25th of November 2020 02:09:48 AM