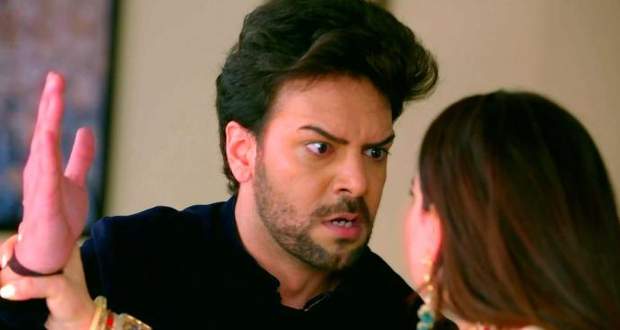 Today's Kundali Bhagya 14 Oct episode starts with Prithvi wanting to see Karan’s loser face. He states that Preeta loves him and knows how to handle her.

Prithvi also warns Pawan of not harming Preeta. Janki tries to escape and learns that Prithvi has gained consciousness. Meanwhile, Prithvi also learns that Janki is there and gets scared.

He is scared that Janki will remember everything while Janki overhears them and gets confused. Prithvi orders to kill Janki as soon as they see her.

Prithvi rushes to open Preeta’s ropes and removes the tape off his mouth. Srishti is also freed from the ropes while Prithvi wishes to talk to Preeta for a while.

Janki throws a vase over Pawan’s head and rushes to put a knife in his chest. However, Prithvi throws a marble stone on Janki’s head and she falls on the floor.

She also remembers flashes of her memory about Prithvi and Sherlyn. Later, Prithvi takes Preeta in a room and they both start arguing. Preeta sees the true face of Prithvi and learns he wants to marry her.

Preeta realizes that Pawan was right about his brother and wishes to leave. Prithvi doesn’t let her go and wishes to take her along to his house. Preeta again states that she is married and is a real marriage.

Prithvi raises a hand on Preeta leaving her in shock. Meanwhile, Karan misses Preeta and the moments spent with her. He checks the Almirah and finds all her stuff intact there.

Further, he thinks that Preeta can’t leave the house. Meanwhile, Srishti starts shouting while Janki regains her memory of Roka and the accident. She remembers that Prithvi caused her accident.

© Copyright tellybest.com, 2018, 2019, 2020. All Rights Reserved. Unauthorized use and/or duplication of this material without written permission from tellybest.com is strictly prohibited.
Cached Saved on: Saturday 5th of December 2020 04:58:48 AM