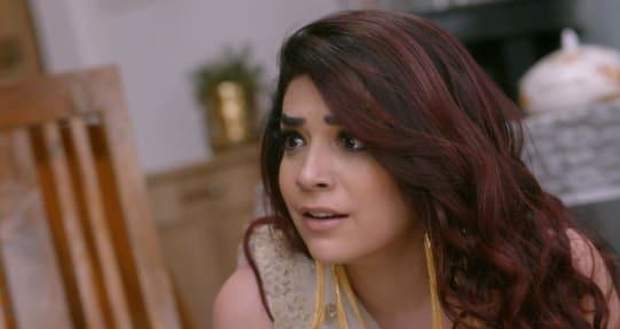 Today's Kundali Bhagya 15 Oct episode starts with Srishti asking Janki to drink water. Janki remembers that why she didn’t like Prithvi and remembers something about Sherlyn as well.

Preeta confronts Prithvi and says she will not give respect to him anymore. Preeta says Karan was right about him while Prithvi gets angry and pushes Preeta on bed.

Preeta also fumes in anger and fights back using the curtain rod. She also hurts him using a vase and later locks Pawan and Prithvi in a room. Preeta meets Janki and Srishti in the hall and Janki reveals everything.

She tells how Prithvi tried to kill her multiple times with the help of Sherlyn. Preeta decides to take revenge from Prithvi and they all rush out of the house from back door.

Sherlyn asks Mahira to console her mother and convince Kareena for her marriage with Karan. Sherlyn wants to do something before Karan and Preeta confess their love for each other.

Pawan wants Prithvi to see the reality about Karan and Preeta’s relationship. Pawan also mocks Prithvi for not being able to handle Preeta. Pawan and Prithvi start shouting Gabbar’s name while Preeta and Srishti get confused about the way.

Gabbar is not able to open the door as it gets jammed. Prithvi suggests to find Preeta as soon as possible. Elsewhere, Preeta and others find a car and try to escape while Prithvi and his goons come out.

Sanjana gets ready to help Mahira and convince Kareena for Mahira and Karan’s marriage.