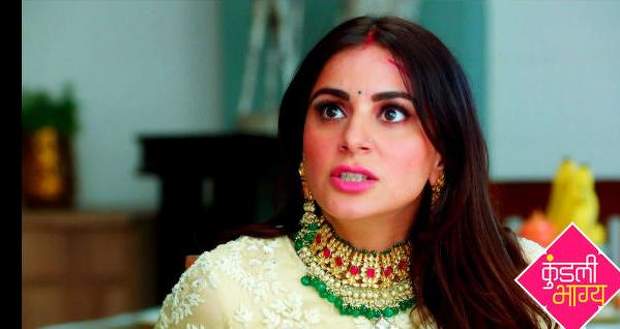 Preeta tells Sarla everything about Mahira and Pawan’s plan. Meanwhile, Karan and Mahira dance to show the family while Karan asks her to stay just a friend.

Ramona taunts Rakhi that Mahira is saving their family reputation. Rishabh is upset with Sherlyn’s behavior while Kritika thinks Preeta is not all right always. Sarla tells Preeta that everyone in Luthra family thinks she has eloped with Prithvi.

Sarla tells Preeta that Mahira was instigating the family against her. Sarla wants Preeta to punish Mahira for her deeds. Preeta decides not to create any scene as she has promised Rakhi.

Janki and Sarla enter the house while Srishti also makes a plan to replace Preeta with Mahira. At the same time, Sameer spills juice on the floor while Mahira falls down.

Meanwhile, Prithvi tells Pawan that he is very angry at Preeta. He is even more adamant to bring Preeta into his life and house. Sherlyn rebukes Prithvi for trying to get married to Preeta. Sherlyn gets angry as Prithvi again compliments Preeta.