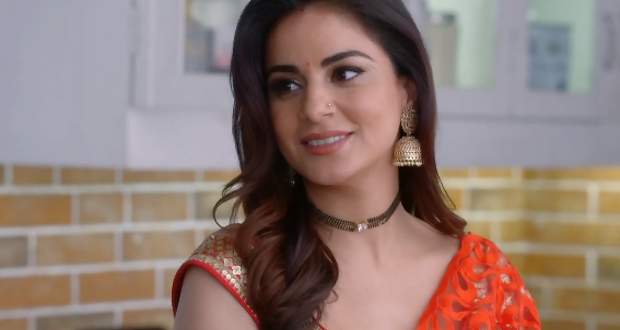 Today's Kundali Bhagya 17 Sep episode starts with Karan waking up and remembering that he thanked Preeta. Karan leaves the room while Preeta wakes up and receives a call from Sarla.

Sarla asks her to make something sweet for the family as it is her first Rasoi. Preeta wonders if anyone will eat it and makes excuses. Preeta agrees to make sweets while Sherlyn overhears her conversation.

Sarla further wants her to maintain good relations with the family and is sure everyone will soon start loving her. Meanwhile, Sherlyn tells Mahira that Preeta is making sweet for the family.

Sherlyn suggests that they should spoil her first Rasoi. Later, Preeta is making Halwa while Sherlyn and Mahira enter the kitchen. Mahira tries to add salt in her Halwa while Preeta stops her.

Mahira accuses her of acting sweet for the family while Sherlyn plans to burn Preeta’s hand. However, Preeta saves the tea from falling and Sherlyn leaves in anger.

Sherlyn makes another plan and gets Preeta out of the kitchen. Girish tells Preeta that her phone is ringing. Preeta asks Girish to keep an eye on Halwa while later Sherlyn asks Girish to give water to Dadi. She offers to take care of the Halwa.

Sherlyn and Mahira can’t find salt so they put red chili in the Halwa. Mahira wishes to make Halwa and perform the first Rasoi ritual. Meanwhile, Preeta talks to Sarla and gets emotional.