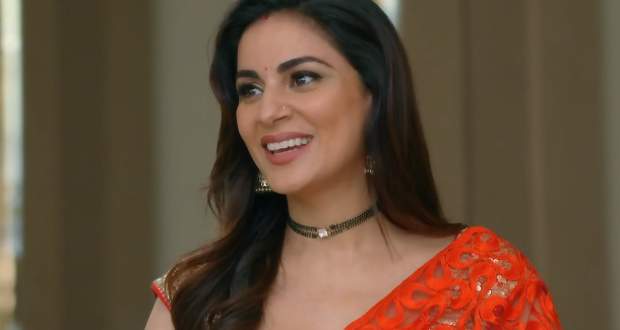 Today's Kundali Bhagya 18 Sep episode starts with Srishti telling Preeta that she misses her. Preeta thinks Srishti might be happy that she got a full bed. Preeta reveals she also missed her.

Srishti asks about Karan and calls him a tiger. Preeta reveals that Karan caught a cold while Karan overhears their conversation. Karan takes the phone while Sarla wants to talk to Preeta again.

Sarla wants Karan to bring Preeta for the Pag Phera ritual to their house. Karan agrees while Preeta rushes to the kitchen to prepare the sweet. Later, Preeta finds Sherlyn and Mahira in the kitchen and knows something is wrong.

Mahira also reveals she has made Gajar Ka Halwa and also suggests that she wants to give competition to her. Meanwhile, Sarla is worried about Preeta facing difficulties in Luthra house.

Mahira brings Halwa for everyone while Preeta also brings her sweets. Most of the Luthra family including, Daadi, Kareena, and Karan refuse to eat it. Mahira wants everyone to eat it so that they can insult Preeta.

Rakhi and Rishabh are excited and convince Dadi and Kareena as well. Everybody likes Preeta’s Halwa except Kareena who criticizes it on purpose. Mahira also serves the Halwa and Karan is also ready to eat it.

They don’t like her Halwa and even Sherlyn leaves to throw it all out. Rakhi gives Shagun to Preeta as a ritual while Dadi also asks Preeta to come to her room for the Shagun. Later, Sherlyn and Mahira are confused while Preeta comes there with a bowl of Halwa.

© Copyright tellybest.com, 2018, 2019, 2020. All Rights Reserved. Unauthorized use and/or duplication of this material without written permission from tellybest.com is strictly prohibited.
Cached Saved on: Wednesday 25th of November 2020 01:40:54 AM