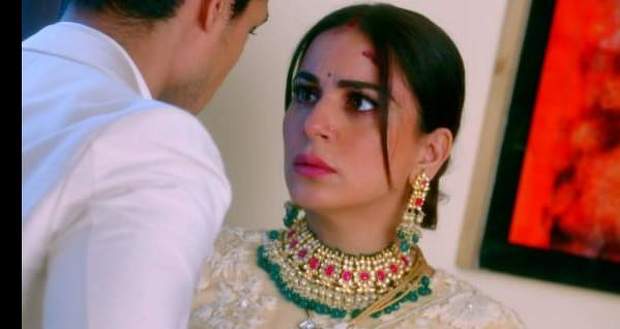 Ramona also witnesses the scene and gets worried. She distracts Sarla so that she can’t see Mahira’s face while Sherlyn’s mother takes Mahira along.

Pawan comes into the room and while Preeta is shocked to see him. Preeta wishes to go home and knows that he is the Ravan. He offers to give him more money if he lets her go.

Preeta sees Prithvi and asks Pawan to not hurt him as it is not his fault. Pawan reveals that he is Prithvi’s brother and is impressed that Preeta respects Prithvi.

Janki sneaks into Pawan’s house while Sarla is confused about Ramona’s behavior. She further thanks Rishabh for always being there for Preeta. Rishabh compliments Preeta and says that Sarla’s daughters are strong.

Preeta is shocked while Pawan shows his family photo to her. Further, Pawan gets angry to hear Preeta calling herself Karan’s wife. He even points a gun at Preeta for taking Karan’s name.

© Copyright tellybest.com, 2018, 2019, 2020. All Rights Reserved. Unauthorized use and/or duplication of this material without written permission from tellybest.com is strictly prohibited.
Cached Saved on: Saturday 28th of November 2020 05:15:05 AM