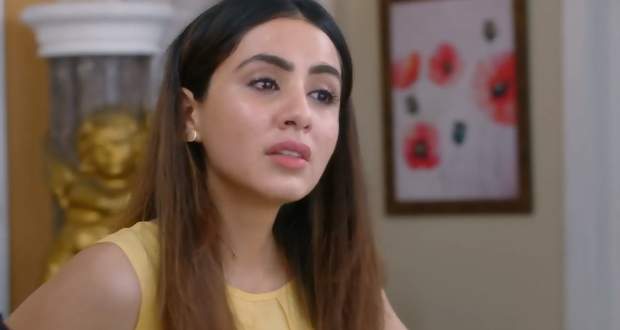 Today's Kundali Bhagya 21 Sep episode starts with Preeta telling the whole truth to Sherlyn and Mahira. She reveals that she saw red chili powder on the stove and then mixed salt in Mahira’s Halwa.

Preeta challenges to defeat them at every step and reveals she made two Gajar Halwa. Preeta scares Mahira by threatening to throw her out of the house.

She leaves the Halwa for them to eat while Mahira throws it away. Meanwhile, the Luthra family is discussing organizing a reception for Karan and Preeta.

Rakhi and Dadi agree to perform the ritual while Kareena opposes it. Mahira gets worried while later Rishabh asks Sherlyn to behave nicely with Preeta.

Later, Mahira gets restless and wishes to destroy Preeta. She plans to spoil Preeta’s reception and create havoc in her life. Sherlyn wants her to calm down and think smartly.

Sameer calls Srishti and reveals that the family has organized a reception and Mu Dikhai ritual for Preeta. Srishti gets upset as Sameer hasn’t called to invite them.

She throws her phone and starts shouting in the house. Elsewhere, Rishabh and Dadi praise Rakhi for handling the house so well. Karan gets angry that Girish didn’t give him a cold drink on Preeta’s orders.

Srishti is upset about not being invited and starts crying. Sarla is content with the fact that the Luthra family is doing something for her daughter.