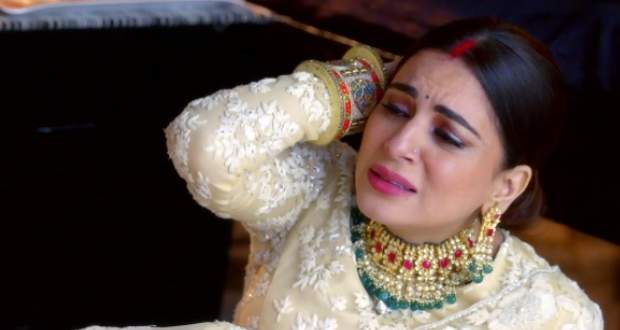 Today's Kundali Bhagya 25 Sep episode starts with Mahira declaring that she will sit as Mrs. Karan Luthra at the reception. Mahira further reveals that she has found a Ravan for her.

Srishti and Sarla arrive at the reception while Rakhi welcomes them. Kareena comes in front of Sarla and taunts her for her dream coming true. She further mocks her for teaching her daughters to trap rich men.

Kareena speaks against Preeta while Sarla is confident that her daughter will soon rule the hearts of the Luthra family. Meanwhile, Mahira reveals that she has planned to get Preeta out of the house.

Preeta gets angry with Mahira’s rude words and asks her to move out of the house. Mahira refuses to go and is ready to attack anyone to get Karan in her life.

At the same time, Pawan makes an entry in the Luthra house. Meanwhile, Sarla asks Dadi to console Kareena and accept Preeta as there daughter-in-law. Ramona also mocks Sarla while Sarla gives an answer to everyone.

Preeta is angry at Mahira for talking against Luthra family and warns her against it. She further blames Mahira for causing Karan a lot of pain. She says that she doesn’t feel bad about anyone’s behavior as she can feel everyone’s pain.

Mahira threatens to get her kidnapped and hits her hard with a bat. Preeta asks for help while Mahira continues to hit her.