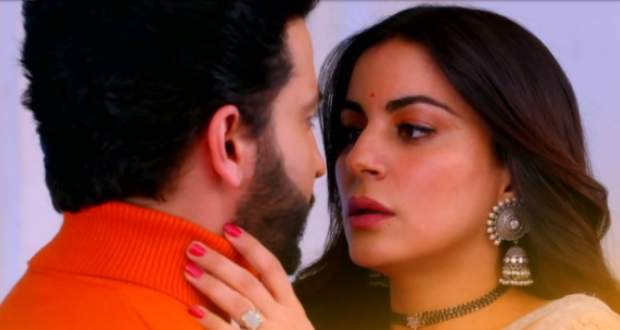 Today's Kundali Bhagya 28 Oct episode starts with Preeta asking Mahesh to get well soon. Rakhi witnesses the scene while Preeta thanks her for supporting her.

Rakhi asks her to make something sweet for the Prasad. Rakhi talks to Mahesh and wonders if she should trust Preeta.

Preeta goes to make a sweet dish while Karan comes into the kitchen. He touches Preeta accidentally while Preeta states the girl’s permission should also be there.

Karan gets close to Preeta and says he will never touch her without her consent. He admires her beauty while later he realizes he is attracted to Preeta.

Sherlyn overhears this and comes inside the kitchen. Sherlyn wants Preeta to respect her while Preeta wants her to earn respect.

Dadi introduces Rakhi to her sister, Nimmi and Rakhi get really happy. Nimmi has brought the traditional ring while she meets Karan as well.

Further, she asks Karan to introduce her to his wife Preeta. Meanwhile, Srishti is upset that Sameer has not called her back.

Sarla witnesses this but doesn’t say anything to her directly. She says she is worried about Preeta and will never send Srishti in a Sasural like that.

She takes a promise from Srishti that she will marry the boy she will choose. Elsewhere, Preeta and Sherlyn continue to argue when Nimmi comes there.

She meets the two daughters-in-law and gives blessings to them. Further, she offers to give a diamond set to the one Bahu who she likes most.

Nimmi tells Rakhi that she loved Preeta while Karan overhears this.

© Copyright tellybest.com, 2018, 2019, 2020. All Rights Reserved. Unauthorized use and/or duplication of this material without written permission from tellybest.com is strictly prohibited.
Cached Saved on: Monday 23rd of November 2020 10:44:19 PM