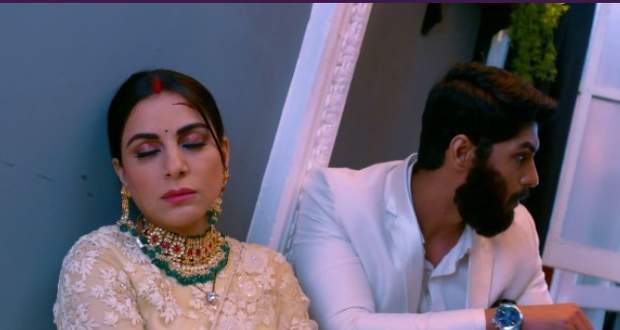 Preeta has just lost consciousness while Karan gets suspicious when he sees Pawan enter the house. Meanwhile, Sherlyn confronts Srishti and asks her to be in the party.

Sameer bumps into Srishti and wishes to tell her something in private. Elsewhere, Janki comes across Pawan and gets a faint memory of Prithvi. Mahira thinks that Karan will be happy to see her as his bride.

Mahira leaves the room and finds Pawan outside. Pawan goes inside and watches Preeta. He declares he never leaves the one who does wrong with him.

Pawan gets mad at Mahira for hitting Preeta and warns her of harming Preeta. Meanwhile, Karan planes on using Rano Aunty to irritate Preeta and approaches his room.

Pawan wonders how to get Preeta out of the house while Mahira asks him to use the corridor. Pawan declares Karan as his enemy as he came between his brother and Preeta.

Pawan is about to take Preeta outside when Karan comes outside the room. Mahira covers her face while Pawan hides behind the bed with Preeta. Karan thinks Mahira is Preeta and continues to fight with her.