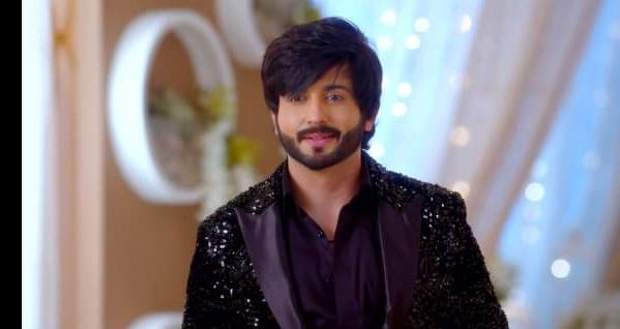 Today's Kundali Bhagya 29 Sep episode starts with Karan asking Mahira to come along as he thinks it is Preeta. Meanwhile, Sameer takes Srishti in private and wants her to tell him something.

Sameer wants Srishti to praise him for his efforts while Srishti compliments and makes fun of him. Sameer further tells her that Ramona is leaving and maybe Mahira will also leave.

Kritika comes to call Sameer and ignores Srishti. Srishti tries to talk to her while she states that what Preeta did was wrong. Elsewhere, Karan takes Mahira along and thinks her hand feels different.

Pawan is taking Preeta outside when she gains consciousness. She hits him on his head with a vase and again on his feet. Karan overhears the voices and stops.

Srishti and Sherlyn confront each other and get into an argument. Srishti rebukes Sherlyn and warns her that Preeta will expose her as well as Mahira.

Karan rushes towards the voice but is unable to see Preeta as Pawan drags her away. Later, Sherlyn is terrified but still challenges Srishti that Preeta will be soon out of the Luthra house.

Karan finds no one while Pawan makes Preeta unconscious by using chloroform. Pawan wraps Preeta in a bedsheet and puts her on his shoulder to take outside.

Janki sees Pawan carrying the bundle of bedsheets and gets suspicious. Elsewhere, Karan introduces Rano Aunty to Preeta while Karan leaves as someone calls him.

Mahira shows her face as Rano doesn’t know Preeta while Rano doesn’t like her. Mahira rebukes Rano for not liking her and Karan’s Jodi.