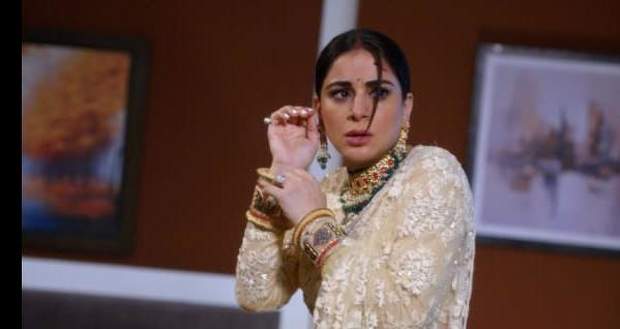 Today's Kundali Bhagya 2 Oct episode starts with Srishti wondering why Janki is calling her. She calls Janki and learns that she is has followed some man who took something from Luthra house.

Srishti gets shocked to learn that the house is also surrounded by armed guards. Janki suggests that Prithvi must be behind the goons. Janki further suggests to send the location and asks her to come to help her.

Preeta gets scared of Pawan’s reaction while Pawan says Prithvi loves her a lot. Pawan also reveals that Prithvi is about to kidnap Preeta and marry her. Preeta gets angry at Pawan and further thinks Mahira is behind all this.

Karan comes into the room and Mahira covers her face. Mahira gets close to Karan while Karan thinks Preeta is behaving weirdly. Mahira is about to reveal her face in front of Karan when Kritika comes to call them downstairs.

Preeta is not ready to stay forcefully while Pawan asks her to forget about the Luthras. Meanwhile, Karan and Mahira come downstairs while Sarla gets suspicious.

Sherlyn learns from her mother that Mahira has taken Preeta’s place. Elsewhere, Srishti leaves the Luthra house and asks Janki to not enter inside till she reaches the location.