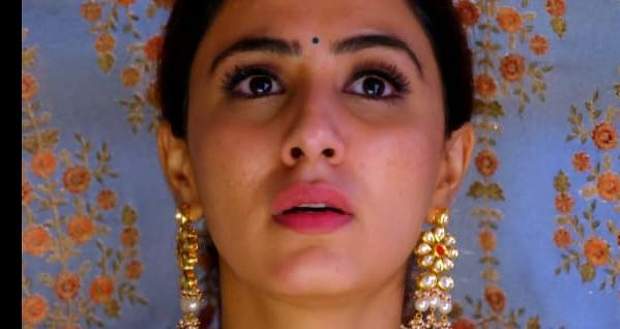 Today's Kundali Bhagya 30 Sep episode starts with Pawan taking Preeta in his car. Janki follows him and gets suspicious. She decides to follow him and sits in an auto.

Sherlyn gets worried about Prithvi and calls him. Prithvi doesn’t pick his call and he calls on a landline. Prithvi’s mother picks the call and they both start fighting. She doesn’t let Sherlyn talk to Prithvi and disconnect the call.

Janki continues to follow Pawan and lies to the auto driver. Meanwhile, Pawan asks his friend to bring Prithvi to their other house as he is also bringing their Bhabhi.

Pawan removes his beard and Janki sees his face. Elsewhere, Rano aunty criticizes Preeta while Karan says everybody in the family is very fond of Preeta.

Further another one of the guests is very excited to meet Preeta and is all set to reveal her face. Other guests also want to see the new bride’s face and Rakhi also asks her to remove the Ghunghat.

Janki is suspicious of Pawan and asks the auto driver to overtake the car. Pawan reaches the house and plans to get Prithvi and Preeta married. He admires Preeta’s beauty and thinks she is different from other girls.

Pawan learns that Prithvi has gained consciousness and leaves Preeta alone in the room. Meanwhile, everyone asks Mahira to show her face and Karan offers to help her as well. Dadi stops them and says the Mu Dikhai will happen later on stage.

© Copyright tellybest.com, 2018, 2019, 2020. All Rights Reserved. Unauthorized use and/or duplication of this material without written permission from tellybest.com is strictly prohibited.
Cached Saved on: Thursday 3rd of December 2020 07:41:35 PM