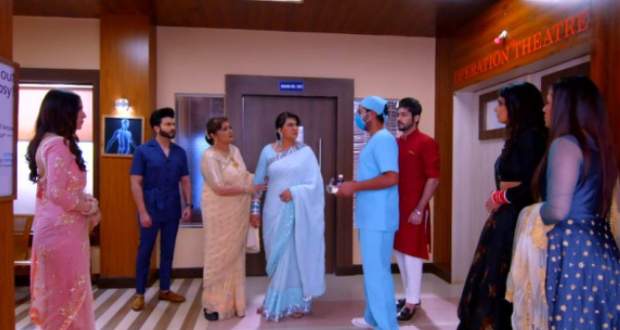 Today's Kundali Bhagya 31 Oct episode starts with the police asking for someone from Mahira’s family. Ramona comes forward while the police want to file a case against Mahira.

Ramona gets upset and says Karan has instigated Mahira to commit suicide. She also accuses the whole Luthra family.

Ramona also shows the wedding card of Karan and Mahira and blames Karan for refusing to marry her. Preeta also shows the first wedding video of her and Karan’s marriage.

Ramona sticks to her statement while the police state everything depends on Mahira’s statement.

He says if Mahira blames Karan then he will be arrested. Kareena gets upset and blames Preeta for everything along with Rakhi’s condition.

Srishti reaches the hospital and learns the police are planning to arrest Karan. Meanwhile, Pawan asks the address of Preeta’s house from Prithvi.

Prithvi asks Pawan to not go near Preeta’s house while Pawan decides to find it on her own just for Srishti. Prithvi receives a call from Sherlyn and learns Mahira attempted suicide.

Sherlyn is confused as to whose side she should take while Prithvi asks her to take Luthra's side as Mahira is deciding for herself.

Kareena and Rishabh argue while Daadi also takes Kareena’s side. Daadi says she shouldn’t have listened to Rakhi while Kareena thinks Preeta is responsible for Mahira’s condition.

© Copyright tellybest.com, 2018, 2019, 2020. All Rights Reserved. Unauthorized use and/or duplication of this material without written permission from tellybest.com is strictly prohibited.
Cached Saved on: Monday 30th of November 2020 04:02:16 PM