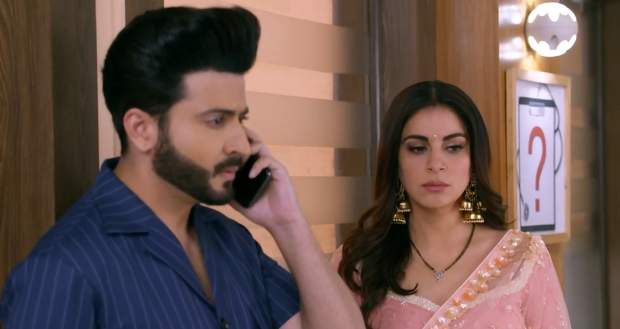 Today's Kundali Bhagya 4 Nov episode starts with Mahira crying to gain sympathy. She wishes to die as she has no place to go. Kareena asks Mahira to come along to Luthra's house.

Rishabh asks Mahira to rest and leaves the room along with others. Meanwhile, Preeta is checking the vitals of Mahesh and asks him to get well soon.

Sarla calls Preeta and asks her about Srishti. Preeta asks her not to worry and further reveals her Mu Dikhai was disrupted by Mahira.

Preeta reveals about suicide and is relieved that Mahira has not filed a complaint. Meanwhile, Rishabh tries to explain his point in front of Kareena.

Preeta receives a call from Janki and Janki wants her to beware of Mahira. She wants her to make sure Mahira doesn’t return to Luthra's house.

She warns her that Mahira might create differences between Karan and her. Elsewhere, Rishabh tries to explain Mahira’s presence in the house will change everyone’s relations.

Kareena tries to explain that the situation is different and fears Mahira taking a wrong step again. Rishabh doesn’t want to fear Mahira or her dad.

Janki again warns Preeta that Mahira will not leave and will create trouble for her. Later, Kareena is firm with her decision of taking Mahira home and offers to console Rakhi.

Mahira says she won’t come if Karan doesn’t want to and acts of being dizzy. Karan takes care of her and asks her to come along to his house as a friend.

© Copyright tellybest.com, 2018, 2019, 2020. All Rights Reserved. Unauthorized use and/or duplication of this material without written permission from tellybest.com is strictly prohibited.
Cached Saved on: Sunday 29th of November 2020 10:56:02 AM